Manuel Neuer has admitted Bayern Munich were lucky not to concede to Robert Lewandowski in the UEFA Champions League on Tuesday. 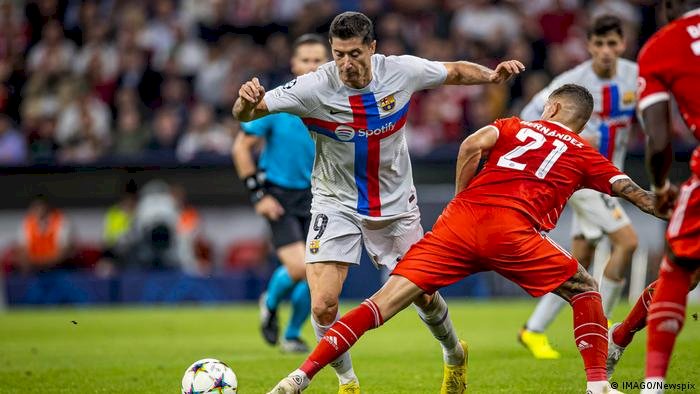 The German champions defeated Barcelona 2-0 at the Allianz Arena to take full control of their group which also includes Inter Milan and Victoria Plzen.

The main subplot of the game centered around Lewandowski's return to his old stomping ground, having left Bayern Munich to Barcelona this summer after eight trophy-ladden years in Bavaria.

Second half goals from Lucas Hernandez and Leroy Sane handed victory to Julian Nagelsmann's side but things could have been different had Lewandowski taken some of the chances that fell his way in the first half.

It was a rare off-day for the prolific Pole, who has already scored nine goals in seven games this season, and Neuer believes Bayern were lucky Lewandowski displayed rare profligacy in front of goal.

"I think it was an emotional game for Lewy because he was very successful here in Munich. But we also know him as an opponent. Luck was not on his side in crucial moments," he told reporters.

"We're lucky that he sent that volley over the bar and I was there in the second chance. We showed a good defensive performance today."

Bayern boss Nagelsmann added on his former striker: "I think he played a good game, I'm happy from our perspective that he didn't score. We saw that he was dangerous, we were able to defend him very well."

"I saw him after the game and hugged him but he plays for a different club now, I have a lot of players I have to look out for.

"This week, I probably had 60 questions on Lewandowski, you can pose those questions to Xavi because he's not my player anymore."

Ronaldo Admits He Could Retire Next Year