Juventus defender Giorgio Chiellini has claimed that he holds no grudge against Barcelona striker Luis Suarez for biting him at the 2014 FIFA World Cup in Brazil. 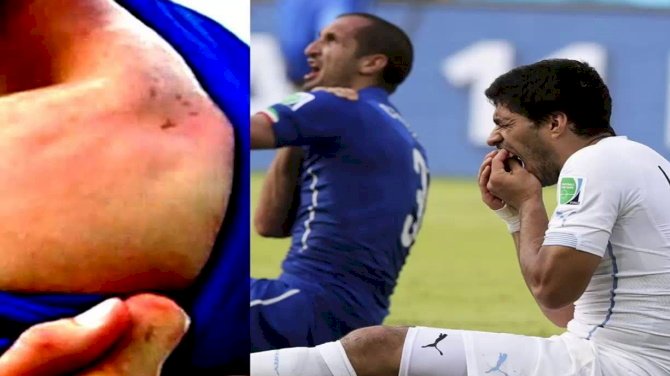 Suarez sank his teeth into Chiellini in a tightly contested final group stage game between Uruguay and Italy that resulted in the South American country advancing to the round of 16 courtesy a 1-0 win.

Suarez’s biting incident in Brazil was missed by the referee but he was later handed a four-month ban by FIFA, missing the rest of the tournament and a Ballon d’or nomination.

“The truth is, I admire his mischief, because if Suarez were to lose that, he would become an average player,” Chiellini wrote in his recently released autobiography, In Giorgio.

“Nothing strange happened that day in the 2014 World Cup. I marked Edinson Cavani for most of the game, another complicated guy to keep up with, and we held nothing back.

“Suddenly, I realised I’d been bitten on the shoulder. It happened, that’s all there is to it, but that is his strategy when fighting with body-to-body contact and, if I may say, it’s mine too."

“Suarez and I are similar and I like facing strikers like him. I called him a couple of days after the game, but he had no need to apologise to me. I too am a son of a b*tch on the field and proud of it," he added.

“Mischief and a little bit of malice are part of the game, I wouldn’t call that cheating. You need to be intelligent to overcome your rival.”

Tuchel Refuses To Put Broja Up For Sale