Julian Nagelsmann hopes Robert Lewandowski gets a healthy reception from Bayern Munich fans when he returns to the Allianz Arena with Barcelona on Tuesday. 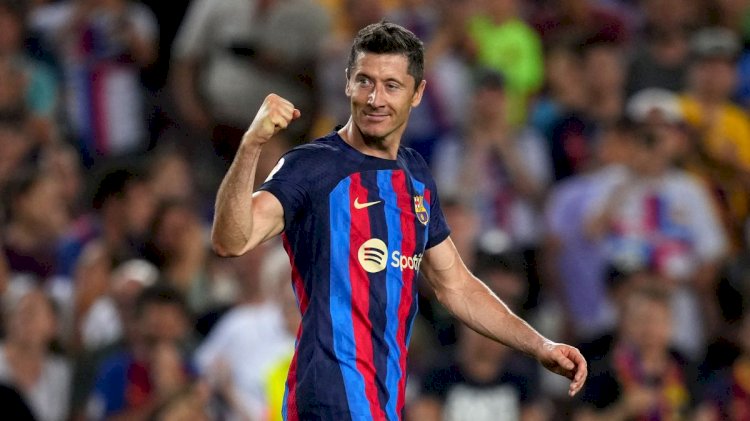 Lewandowski will get a swift reunion with his former employers when the two sides meet on matchday 2 in the UEFA Champions League group stage.

The Poland international spent eight years in Bavaria, winning as many Bundesliga titles and one Champions League trophy as well as scoring 344 goals in 374 games before pushing for a move to join Barcelona this summer.

Despite the somewhat acrimonious nature of his departure, Nagelsmann hopes Lewandowski will get a warm embrace from those who once cheered him on.

"If I see him before [the game] then I'm certainly going to give him my hand. I'm not sure if I'll see him beforehand, usually I don't," Nagelsmann said.

"I'm looking forward to our fans welcoming him back. When a player has been so strong for the team over the years, I think it's important.

"He was an important part of the Bayern family. We had a personal exchange a couple of weeks back, not regarding football. I am looking forward to seeing him again."

Lewandowski has brought his goals with him to Barcelona, scoring nine goals in six games so far.

Asked about Lewandowski's start to life in Spain, Nagelsmann added: "I think he can still continue to play at that level for a couple of years, I'm not sure how many goals he can score this season, I'm no genie.

"I think it will be plenty. He has scored 40 plus usually, so I think he can do that in the Spanish league as well.

"I'm not sure if he's the most dangerous, but he's certainly one of their most dangerous players, the one that can score the most goals. They have great solutions there.

"Lewandowski always has great runs and positions inside the box. He's the most dangerous in front of goal, but if he doesn't get a lot of balls, it's difficult [for him]."

Klopp Considers Himself Lucky For Having Salah, Mane And...