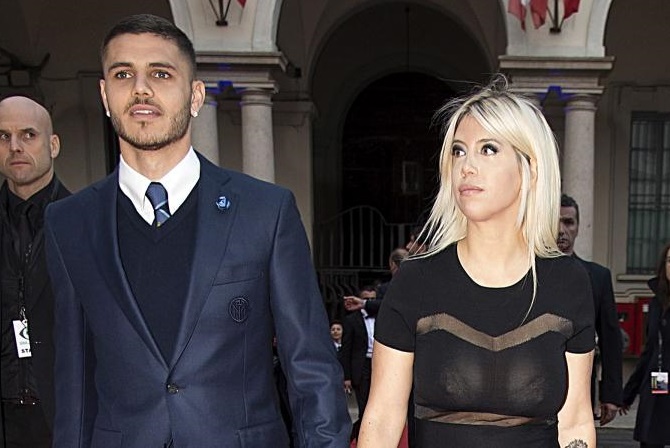 Wife and agent of Inter Milan's striker Mauro Icardi, Wanda Nara, has revealed that the player will extend his contract with the Italian club.

This comes as a turnaround by the player's camp following announcement last week by Wanda Nara that the Argentine will severe ties with Inter Milan after the expiration of his current deal.

Icardi though has two and half years left on his current contract with Inter Milan, but has become one of the most sought-after players in Europe.

Wanda's revelation has, however, brought some calm into the rank and file of the Guisipe Meazza outfit who feared about loosing its key man and captain.

"There is no distance, there are no problems. Of course Inter want to keep Icardi."

Icardi has to his tally nine goals in sixteen Serie A games, one goal in one Copa Italia and four goals in six Champions League appearances adding up to fourteen goals in all competitions for Inter Milan this season.

‘I Am Old, But I Feel Young’- Ribery Rejoices After Putting...