Edin Dzeko has been stripped of the AS Roma captaincy following a row with manager Paulo Fonseca. 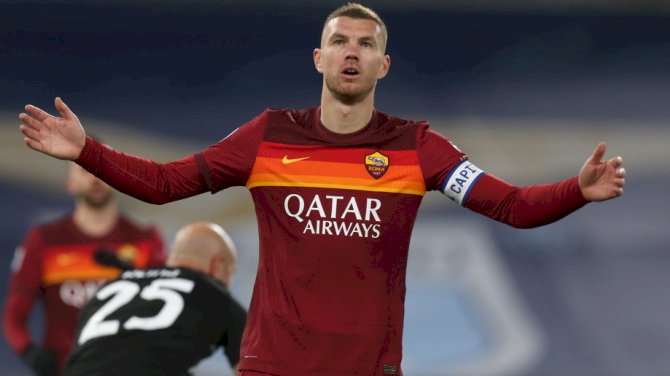 Dzeko has been left out of Roma’s last two Serie A games after clashing with Fonseca following the Giallorossi’s defeat to Spezia in the Coppa Italia last month.

The 34-year-old was linked with a move to Juventus in the summer transfer window and a sensational swap deal involving Inter Milan’s Alexis Sanchez was proposed towards the end of January but both moves failed to materialize.

Roma general manager Tiago Pinto announced on Wednesday that the Bosnia and Herzegovina striker will not be skippering the side again, with Lorenzo Pellegrini named as the new captain of the Stadio Olympico outfit.

“Edin is a strong footballer, a great professional with great experience and personality and Fonseca is the leader of our project, he’s done a great job and he is the right person to build the future of the club,” Pinto said.

“Over the last few days, we’ve had meetings together in order to strengthen mutual trust. We came out happy and confident, now we must focus on the collective good which is more important than the interest of individuals.

“I am convinced a club must be based on rules, right now Edin is not the captain, but we are working for the club’s good and Dzeko will be the first one to work for this."

Dzeko has scored seven goals in 15 Serie A games for Roma this season.