Juventus star Federico Chiesa has been ruled out for the rest of the season after suffering an anterior cruciate ligament injury against AS Roma on Sunday. 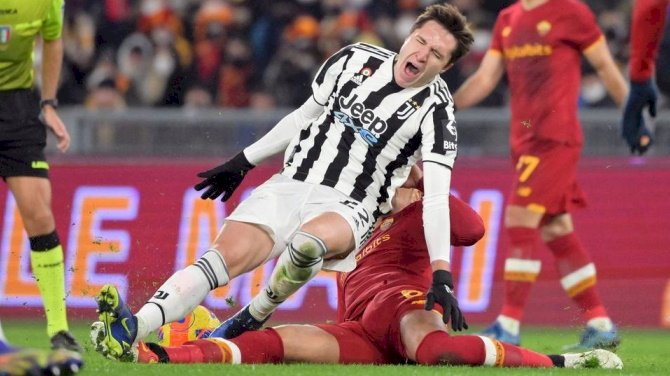 Chiesa was replaced in the 32nd minute as Juventus emerged 4-3 victors at the Stadio Olympico.

The 24-year-old was seen on crutches on Monday as he underwent tests as Juventus’ medical centre and the Old Lady has confirmed that Chiesa will need surgery on the injury.

“The diagnostic tests performed this morning at J|Medical revealed an injury of the anterior cruciate ligament.

“It will be necessary for the player to undergo surgery in the next few days.”

The European champions will contest a FIFA World Cup qualifying play-off against North Macedonia in March, with the winner of that tie set to face either Portugal or Turkey for a place in Qatar.

Chiesa has made 18 appearances across all competitions for Juventus this season, scoring four goals and providing two assists.

The former Fiorentina star is upbeat about his setback though, posting on Instagram: “Thank you very much to all for the support messages. See you soon, on the pitch.”

Kante Out Of Juventus Game With Coronavirus

Ronaldo Back In Madrid To Face Atletico