The rivalry between Manchester United and Liverpool is the reason why Steven Gerrard refused to play Axel Tuanzebe at Aston Villa, according to the player’s brother and agent Dimitri Tuanzebe. 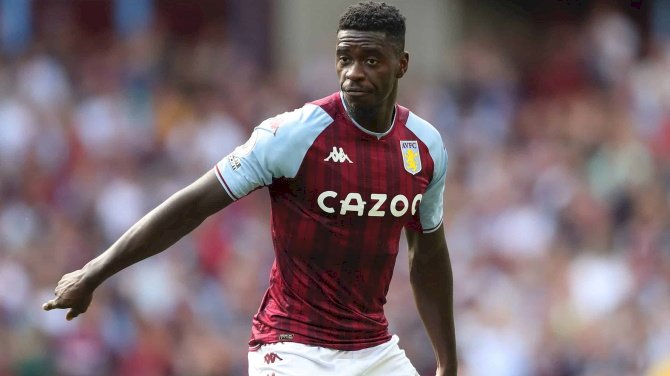 Manchester United cut short the 24-year-old’s season-long loan move to Villa early in January and have sent him to Napoli on a deal that will run until the end of the season.

Tuanzebe was in his third loan stint at Aston Villa, having helped the club gain promotion to the Premier League at the end of the 2018/2019 season.

He played seven times in the Premier League under Dean Smith earlier this season but totaled just 10 minutes of action in the top flight following Gerrard’s appointment in November.

Tuanzebe’s agent, who is also his brother, has opined that Gerrard’s Liverpool ties was a factor in his decision not to give minutes to a Manchester United loanee.

"Axel is very excited to begin a new chapter in his football career, playing abroad and for a club with so much history behind it and fans who worship football," Dimitri Tuanzebe told ESPN.

"Axel didn't decide to move until it became very clear that he isn't the manager's first-choice centre-back and the Napoli offer was very tempting.

"I have a lot of mixed emotions when it comes to Axel's time at Villa. He is loved by the fans as he contributed highly to the club's success in the Championship, where he was one of the key players that helped Villa return to the Premier League.

"However, following the arrival of Steven Gerrard at Villa Park, it felt as if the rivalry between Man Utd and Liverpool came to life.

"For the avoidance of doubts, Axel was very open to staying at Villa, he loves the fans, being in Birmingham, but he also has a career that he can only build and reach his full potential in an environment where opportunities to play are fair."

Tuchel Backs Saul To Come Good In Second Half Of Season