Tuchel Backs Saul To Come Good In Second Half Of Season

Chelsea manager Thomas Tuchel is optimistic Saul Niguez will come good in the second half of the season. 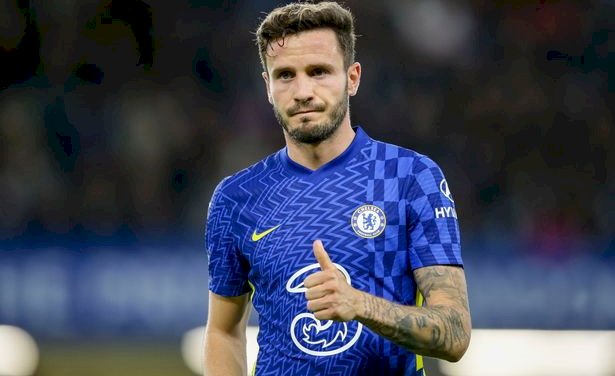 The Spain international joined the Blues on a season-long loan deal with an option to buy from Atletico Madrid at the start of the season but has underwhelmed so far in West London.

Saul has featured 13 times across all competitions but is without a goal or an assist.

At times the pace of the English game has appeared too much for Saul but he has shown glimpses of his quality in recent matches against Tottenham Hotspurs in the Carabao Cup and Chesterfield in the FA Cup.

Tuchel hopes those recent performances will spur Saul on for the second part of the campaign.

"I think he will be an important player for us and I hope so as well," Tuchel told Chelsea's official website.

"The game against Tottenham was a huge step forward for Saul and he showed what he can do with his abilities.

"Against Chesterfield, he was part of a strong squad. Okay, it was against a fifth division side so there was no need for us to be overrun in midfield but he still did well with his performance.

"I see more confidence in him with each game, he is in good shape and his adaptation to the way we play has gone further from before.

"You can see this in his game now. He is more open, he understands the language better now and these are all important things to consider when talking about Saul and how much he has improved recently.

"He is having much more impact on games than he was doing at the beginning of the season and this is very important because I’m convinced we will need every player to compete in every competition from now until the end of the season, especially at the moment where we are playing every three days."