Barcelona have finally completed the registration of Ferran Torres following his transfer from Manchester City towards the end of December. 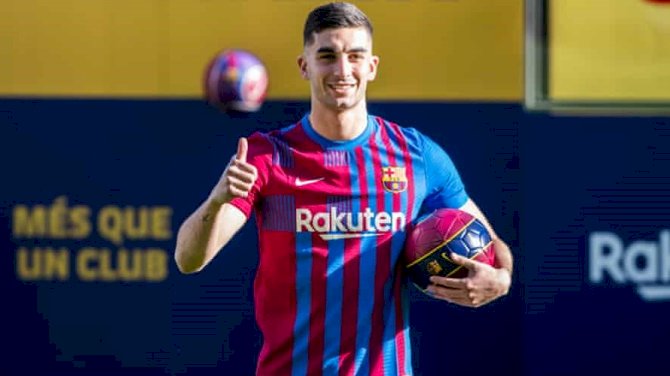 Torres joined Barcelona for €65m on a contract until the summer of 2027 but Xavi Hernandez’s side could not register him immediately due to the club’s financial difficulties.

Barca have confirmed the news in an official statement, which reads: "FC Barcelona and first-team player Samuel Umtiti have reached an agreement to extend the latter’s contract until 30 June 2026. The French defender is reducing a part of the salary that he was due to receive in the year and a half remaining on his contract.

"This contract extension operation does not entail any greater financial commitments for FC Barcelona with regard to the player.

"FC Barcelona wishes to publicly express its gratitude to Samuel Umtiti for his willingness and the affection that he has demonstrated towards the club.

"Through this contract extension, FC Barcelona will be able to increase its ‘financial fair play’ quota and thus register Ferran Torres with the Spanish Professional Football League."

Torres is currently sidelined with coronavirus but could make his debut against Real Madrid in the Spanish Super Cup on Wednesday if he returns a negative test.

Sean Dyche Wins EPL Manager Of The Month For February