Jamie Carragher has adviced Liverpool to get the cheque book out in January and sign RB Leipzig’s Dayot Upamecano to fill in for the injured Virgil Van Dijk. 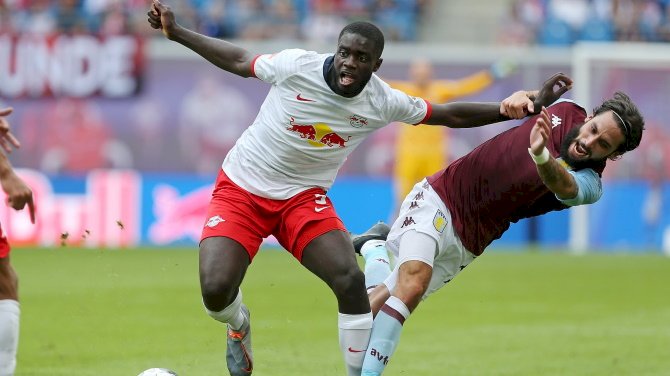 Van Dijk is set to miss a significant portion of the 2020/2021 season after suffering an anterior cruciate ligament injury against Everton over the weekend.

Manager Jurgen Klopp has been left with Joe Gomez and Joel Matip as his remaining central defensive options.

Upamecano is regarded as one of the best young centre backs on the continent, having helped Leipzig reach the Champions League semi-finals last season.

The 21-year-old France international recently signed a new three-year contract at the Red Bull Arena but Carragher is adamant Liverpool must do whatever it takes to bring him to Anfield as soon as possible.

"Liverpool's next big signing had to be a centre-back anyway and I am talking next summer," Carragher told Sky Sports.

"Dejan Lovren went and they didn't replace him so they only have three centre-backs and one of those, Joel Matip, is always injured. There are question marks now about Joe Gomez.

"So, there is no doubt that Liverpool had to go big in the transfer market next summer. That was the next one. That has now got to be brought forward to January 1, whoever the target was in the summer. Not the end of January.

"There is a young man everyone was talking about at Leipzig, Dayot Upamecano. I think he is only 6'1" or 6'2", so he is maybe not that aerial but if he is the one they wanted then bring it forward. Pay extra money and do it on January 1.

"That means getting through 11 league games without Virgil van Dijk."