Bruno Fernandes will captain Manchester United for the first time when they take on French champions Paris Saint Germain in their 2020/2021 UEFA Champions League group stage opener at the Parc des Princes on Tuesday. 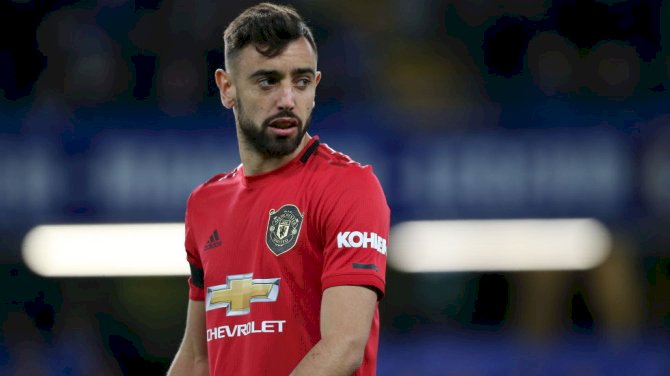 Substantive skipper Harry Maguire is nursing a minor injury picked up against Newcastle United over the weekend and has not travelled with the squad to France.

"The captain sits next to me. Bruno will captain the team tomorrow," said Solskjaer, who attended the pre-match news conference with Fernandes.

‘Bruno has definitely come in and had a great positive impact. The stats show that and his performances have been receiving great praise as well.

Clearly surprised by the news, Fernandes said: "I was not expecting this. I found out this the same time as you!

"It is an honour and an important achievement for me. The captain is everyone – everyone needs to help, be a leader in their way.

"I think I’m playing well in the last few months but I have to improve and do better. I think I can do much better than before. I know my numbers are good but I’m sure I will do better numbers and games than before."

Despite joining Manchester United in January, Fernandes won the club’s player of the season and has scored three goals in five appearances across all competitions this season.

Rooney Tests Negative For Coronavirus After Contact With Infected Visitor