Granit Xhaka pulled no punches when analysing Arsenal's performance against Newcastle United in the Premier League on Monday night. 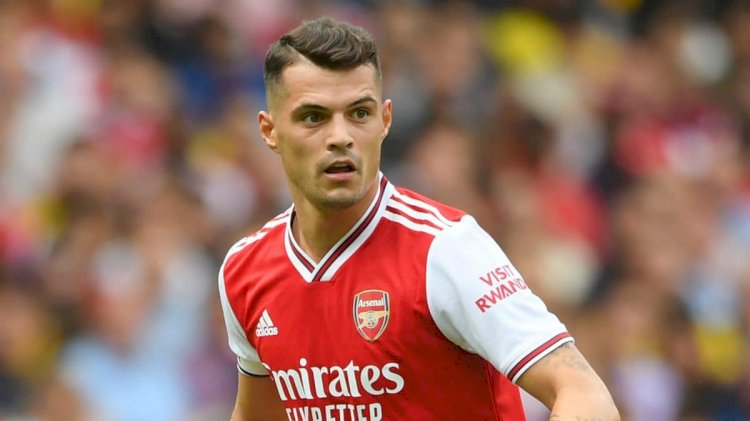 The Gunners lost 2-0 to the Magpies at Saint James'Park, leaving their hopes of qualifying for the Champions League in tatters.

A Ben White own goal and a Bruno Guimaraes effort condemned Arsenal to a second consecutive defeat.

Mikel Arteta's side no longer have their destiny in their own hands and even a victory in their final game against Everton might not be enough to secure them a place in the top four.

"We came here to show a different game, but from the first minute until the 90th minute we didn't deserve to be on the pitch today.

"I can't explain why we didn't do what the game-plan was. Not listening to the coach, [it] was a disaster performance.

"[If you] play like this you don't deserve Champions League, don't even deserve Europa league. Very hard to take it at the moment, I don't know why we are not doing what the coach is asking of us."

"I don't know if someone is not ready for this game, stay at home." he added.

"We need people to have the balls - sorry to say that - to come here to play, because we knew this game is maybe one of the most important games for us.

"A performance like this… [we cannot] accept it, very very sad for us. Sorry for the people that came over here to support us. I feel sorry for Arsenal supporters, this is the only thing I can say – to say sorry to them."

Klopp Interested In Mbappe But Can't Compete With Real Madrid