Klopp Interested In Mbappe But Can't Compete With Real Madrid

Jurgen Klopp says he is interested in signing Kylian Mbappe for Liverpool but admits he cannot compete with Real Madrid for his signature. 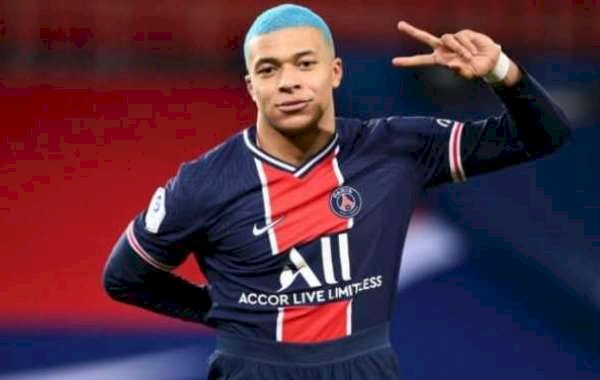 Mbappe is poised to join Real Madrid as a free agent this summer, with his contract at Paris Saint Germain expiring next month.

The 23-year-old will make a decision on his future in the coming weeks but Real Madrid remain his likeliest destination rather than staying at the Parc des Princes.

Liverpool have been linked with Mbappe in the past but have never come close to getting a deal done to bring him to Anfield.

Klopp is a huge admirer of the Frenchman's talents but knows the financial power of Real Madrid puts them ahead of their competitors for Mbappe's signature.

"Of course we're interested in Kylian. We're not blind," he said ahead of Tuesday's crucial Premier League clash with Southampton.

"I have nothing to say about [the reported contact] between Kylian and Liverpool... it's all fine.

"We like him and if you don’t like him then you have to question yourself. But we cannot be part of these battles; there must be other clubs. He's still a great player."

Mbappe has had another outstanding season for PSG, helping Mauricio Pochettino's side reclaim the French Ligue 1 title and scoring 36 goals in 45 appearances across all competitions.

Liverpool and Real Madrid will compete for the UEFA Champions League trophy in Paris on May 28.

Arsenal Put In Request To Have North London Derby Postponed

Pellegrini Hoping To Do Man City A Favour By Beating Liverpool