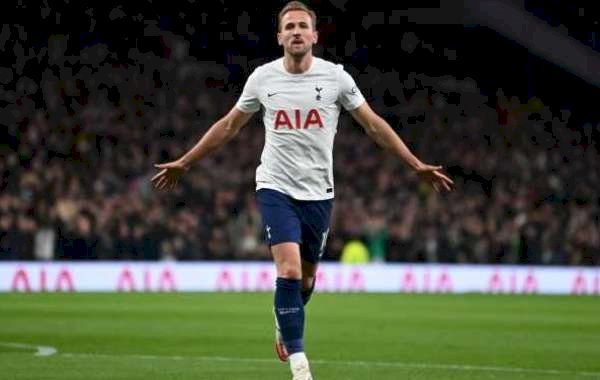 After eight years in Bavaria which delivered eight Bundesliga titles, one UEFA Champions League, three DFB-Pokals, one UEFA Super Cup and one FIFA Club World Cup, Lewandowski has asked to leave Bayern Munich this summer, with one year still left on his existing contract.

The 33-year-old Poland international has been linked with Barcelona as he seeks a new challenge.

Boateng has already identified a ready-made replacement for Lewandowski if he moves on from the Allianz Arena in the shape of Tottenham Hotspurs striker Kane.

Kane has recovered from a slow start to the season to fire Spurs to the brink of Champions League qualification at Arsenal's expense.

The 28-year-old has scored 26 goals in 49 appearances across all competitions.

"Personally, I would try to get Harry Kane [for] Bayern right away," Boateng told Sky Sport Germany when addressing who he would like to replace the club's veteran striker if he leaves this summer.

"This is my opinion. For me, this is a complete striker who scores goals every day at Tottenham, in a very good but not world-class team.

"If he plays in a team like Bayern, then I think he's a great replacement at a very good footballing age. That's up to Bayern Munich."

On Lewandowski's desire to seek a new challenge, Boateng added: "I wasn't surprised. You could see it a bit because of the development.

"For a player like him, it's legitimate to want to do something new at some point. We all have such thoughts and phases.

"I think that you can agree on both sides without there having to be a fuss. It's difficult, but now that the summer break is over, there's enough time to find a good solution for both sides.

"It is important that both sides are satisfied in the end. As it stands, Robert would like to leave in the summer. Bayern says at the moment: 'No'.

"That's understandable, but they have plenty of time in the summer to make sure to get replacements. This has happened to other players as well.

"Thiago also wanted to go, so it was possible. It would be nice if a solution is found so that both sides are successful: Lewy and Bayern in the future. That's the most important."