Aston Villa goalkeeper Tom Heaton has effectively given up hope of being part of England’s travelling party for this summer’s European Championships. 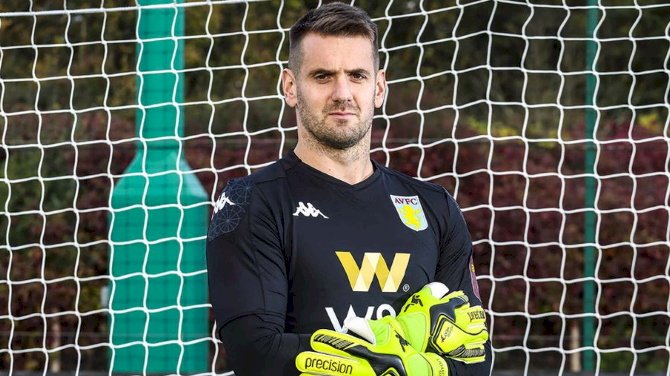 The 33-year-old joined Aston Villa from Burnley in the summer, and made 20 league appearances for the promoted side before injury cut short his season.

Heaton has won three England caps and was part of the Three Lions’ most recent squad announced in November but he has now thrown in the towel with regards to his EURO 2020 participation.

"It's comfortable that [my chances of playing at the Euros] have gone," Heaton told BBC Radio 5 Live.

"It's going to be a longer [spell out]. My ACL went and it's only five-and-a-half weeks post-op now."

The prognosis for Heaton’s injury revealed that he was going to miss the rest of the season but the former Burnley goalkeeper retained some hope of making an earlier return.

Heaton has however admitted that the injury was more serious than first feared and will be out for some time.

Reflecting on the moment he suffered the injury, Heaton said: "I'm saying, 'Hold on, let's not jump the gun here - let me try and stand up'. But I was miles off. I stood up, gave a little yelp in pain and had to sit back down.

"When I was getting stretchered off I was more worried about the team, because there were still 10 minutes to play away from home in a big game and I didn't want to let the lads down. But after an assessment the next day it was obviously a serious injury."

The 2020 European Championships take place in 12 cities across Europe from June 12 to July 12.

England have been drawn against Croatia, Czech Republic and a yet-to-be-determined fourth participant from next month’s play-offs.

2020 Ballon D’or Cancelled Due To Coronavirus