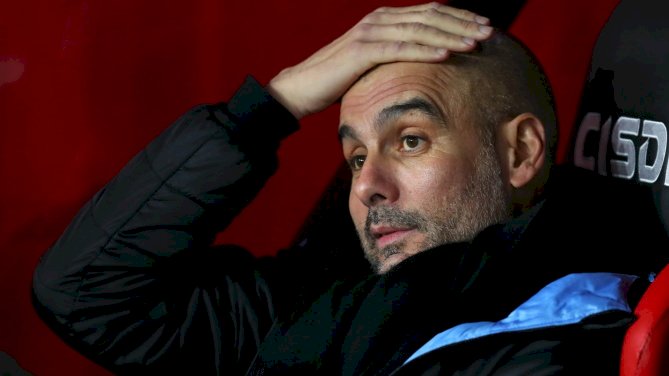 The Citizens were also accused of breaching UEFA’s club licensing regulations and have been fined £25m.

Manchester City have already indicated that they are going to appeal UEFA’s decision at the Court of Arbitration for Sport.

Pep Guardiola joined Man City in the summer of 2016 and has led the club to two Premier League titles, one FA Cup and two League Cups.

The former Barcelona and Bayern Munich manager has a contract at the Etihad Stadium until the summer of 2021, and he has previously indicated his willingness of extending his stay.

Dunne, who was Manchester City’s last captain before Sheikh Mansour bought the club in 2008, believes Guardiola’s desire to compete at the highest level could see him depart if their ban is not overturned.

"Wherever he's gone, he's always been there to be a winner. That's what he'll want to remain," Dunne told Omnisport.

"He wants to go and win trophies and if City are in a situation where they can no longer compete, because they're selling players and can't attract the top players because there's no Champions League football, it will be difficult.

"I think the club has been organised really well – the whole club, not just the first team. They have a structure in place where they will survive and try and rebuild again.

"But to lose someone like Pep Guardiola would be a huge blow. He's what they've worked towards, to try and get him to come in as manager, and he's been successful.

"You listen to players talk about why they sign for teams and Pep is a huge attraction for any player."

Brentford Beef Up Defensive Ranks By Signing Ajer From...