Liverpool manager Jurgen Klopp is very excited with the current form of his side following another victory in the Premier League against Tottenham Hotspur on Saturday. 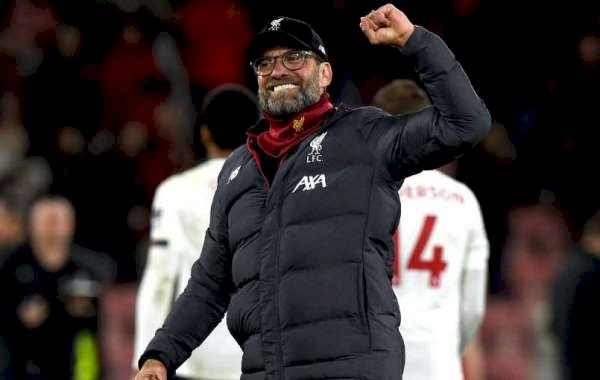 The league leaders weathered the storm and came out victorious at the Tottenham Hotspur Stadium thanks to the 37th minute goal from their Brazil forward Roberto Firmino.

Liverpool are still unbeaten and have taken 61 points out of a possible 63, making them the best ever starters to a topflight season in England.

Despite setting such a stupendous record which will be very hard for other teams to emulate, the German tactician insists the record ‘does not feel somehow special’.

“We know about it and it is special but I can't feel it. When someone gives you a trophy it is done but until then you need to fight”.

“It is only the start. We need to continue because our contenders are so strong. Pep (Guardiola, man City boss) will not give up. I will do the same. So far, so really good”

He added: "It’s special. To win the number of games, to always be ready to fight, that’s what the boys to.”

“The only thing is that you don’t get anything for best starts. The only thing we’re interested in is what we can get in the summer. This league is so strong. We have to be ready.”

"Our lead is really not interesting. The moment we have so many points that nobody can catch us anymore, that’s when I’ll be interested."

Simeone Thanks Griezmann For His