Tottenham Hotspur manager Jose Mourinho has insisted that his side deserved a better result in their 1-0 defeat against runaway league leaders Liverpool on Saturday. 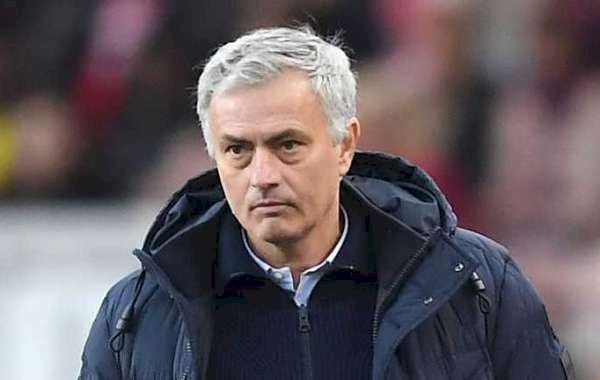 Roberto Firmino’s first half goal was enough to take Jurgen Klopp’s men further ahead on the Premier League table.

The North Londoners currently sit 8th on the league log, eight points away from Chelsea, who comfortably sit fourth with 39 points.

Mourinho believes the Lilywhites did not deserve to lose, as hours were spent in the training ground on how to defend throw-ins, and the game was lost by that means.

The Portuguese also blamed the assistant referee who did not award a throw-in for Spurs, which evetually led to Firmino’s goal.

"Yesterday we spent half an hour defending throw-ins and we lost the game on the throw-in,” the 56-year-old told Sky Sports.

“I think the refs did a very good job, but the assistant on the opposite side didn’t see that Mane touched the ball [in the build-up to the goal].”

"We have to try to create a buzz to compete with a team as good as they are. I think we deserved more. We intensified the pressure more in the second half. We were more aggressive.”

"I told you they would win the league when they beat Manchester City three or four months ago. They were lucky – they could have conceded a goal and got a red card for Robertson's challenge."

Tottenham have a daunting task in the league next week, as they take a trip to Vicarage Road to play Watford, but before then, Mourinho and his men have a job to do at home in the FA Cup replay match against Middlesbrough on Tuesday.

Jesus Incapable Of Being A Long-Term Replacement For Aguero,...