Cesc Fabregas has announced he will leave AS Monaco at the end of this season but is keen to continue his playing career elsewhere. 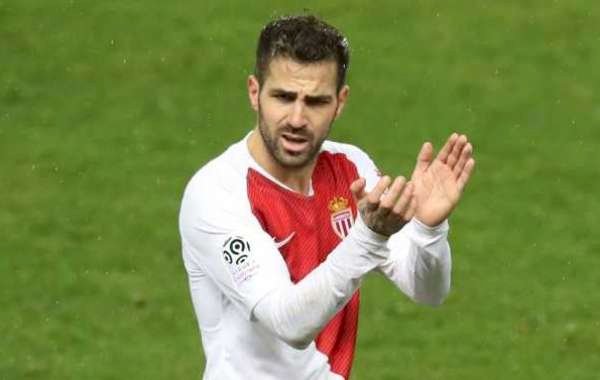 The 35-year-old has been ravaged by injuries this season, restricting him to just five appearances across all competitions.

The former Spain international joined Monaco on a free transfer from Chelsea in January 2019 with his contract due to expire in the summer.

Fabregas has decribed this season as the worst of his career and although he has received proposals to start a career as a manager, he is keen to continue playing.

"It's sure that it's over between Monaco and me," Fabregas told French outlet So Foot. "My contract expires next June, and I'm looking for a fresh start. My head needs a fresh start elsewhere.

"But sometimes things happen for a reason. I'm grateful that it happened at 35 rather than 25 when I was at the height of my career.

"So if you look at it that way – 19 years, almost 900 games, winning almost everything – it could have been worse."

"To be honest, I've already had two or three phone calls in the past two weeks from some of my former coaches to find out what I wanted to do, to see if I wanted to join them this summer as a coach," he added.

"But this year has been so bad that I can't finish on that. Not after building this career. I want to keep playing.

"I'm grateful for the career I've had, but I don't feel like it's over. I just want to enjoy my football and continue to be competitive at some level."

"I'm open to anything, I just want to have fun," the former Arsenal and Barcelona midfielder said when asked about potential clubs, leagues or countries.

"After this year, I just want to play and enjoy my football.

"The place doesn't really matter, it's more my head that counts. When I'm fit I feel really good, when I'm training with my team-mates I don't feel any different when it comes to passion for the game.

"It's just about finding the right project and doing it. I will look for a new project and see where the future takes me."