Bayern Munich chairman Karl-Heinz Rummenigge has rued France Football’s decision to cancel the 2020 Ballon D’or award because Robert Lewandowski would have been the deserving winner. 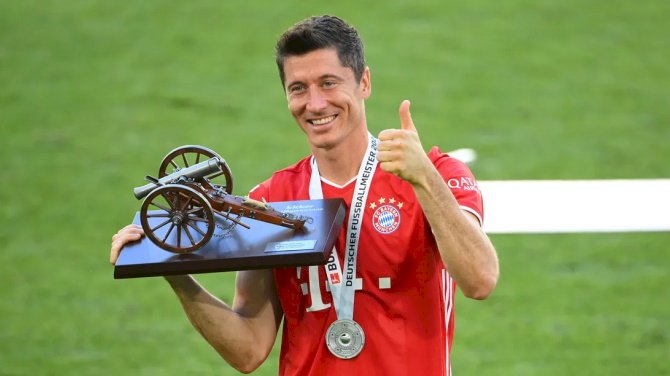 For the first time in its 64-year history, organisers of football’s most prestigious individual honour decided last week to call off this year’s event because of a “lack of sufficient fair conditions” caused by the coronavirus pandemic.

The coronavirus pandemic disrupted football around the world earlier this year as most leagues were put on hold from March and only bounced back last month.

Some European leagues like the French Ligue 1, Dutch Eredivisie, Belgium Jupiler League and Scottish Premiership failed to resume entirely while international tournaments originally scheduled for this summer have had to be rescheduled.

Having scored a career-high 51 goals across all competitions as well as helping Bayern Munich to the Bundesliga and DFB-Pokal titles, Lewandowski was tipped by many to be a huge favorite for the Ballon D’or award.

However, the 31-year-old Poland international will have to wait one more year if he is to win the coveted award, and Rummenigge does not feel too happy about it.

"I believe Robert Lewandowski is playing a fantastic season and he performed maybe the best season in his career," Rummenigge told a news conference on Monday.

"Unfortunately, France Football cancelled the Ballon d'Or, which we are not very happy [about]. In the end, it's not very fair - not just for Bayern but also for Robert Lewandowski, who might have won.

"I believe it's very important that in a season that, except the French league, [were] performed through to the end of the season, it has to be possible to give the Ballon d'Or to the best footballer in the world.

"Of course, I believe, in those circumstances, Robert would have a good chance to win it for the first time in his career."

Advocaat Takes Over At Feyenoord After Stam Exit