Liverpool forward Sadio Mane has issued an apology to the people of Senegal after missing a parade intended to celebrate his African Player of the Year win on Wednesday. 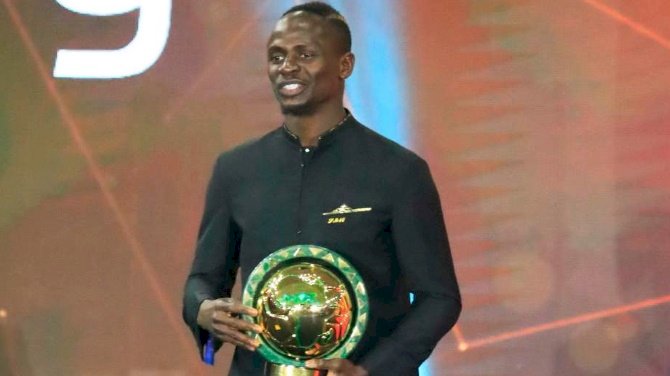 Mane beat Liverpool teammate Mohamed Salah and Algeria’s Riyad Mahrez to the prestigious prize in Egypt on Tuesday to become the first Senegalese since El-Hadji Diouf in 2002 to be named Africa’s best.

A parade had been planned for Mane to show off his award through the principal streets of Senegal’s capital, Dakar, on Wednesday and a meeting with the country’s president Macky Sall had also been scheduled later in the day.

But Liverpool, who have a Premier League game against Tottenham Hotspurs on Saturday, said on Thursday that Mane is back in England after his flight to Senegal was disrupted.

The 27-year-old has apologised for the mishap but has promised to visit Senegal at the earliest opportunity to show his appreciation.

“I am of course very happy and proud to win this award and I want to dedicate it to everyone who has helped me on my way from the very beginning,” Mane told Liverpool’s website after arriving back at Melwood Training Ground.

“It was my plan to first fly to Senegal to thank the people of my country and recognise them for everything they have given me on my journey, but unfortunately we were unable to make the visit.

“Now we have a big match against Tottenham this weekend which I must focus on and be ready for, but it is true I am disappointed I was unable to return home to say thank you because of some problems beyond our control.

“So, I will return to Senegal as soon as possible because it is something very important to me – I will never forget what everybody did for me, everybody who believed in me and everybody who gave me the chance to play football.”

Giroud Not Settling For Second Best At Chelsea