Wolverhampton Wanderers striker Patrick Cutrone has left the club for Italian side Fiorentina on an 18-month loan deal with an option to buy. 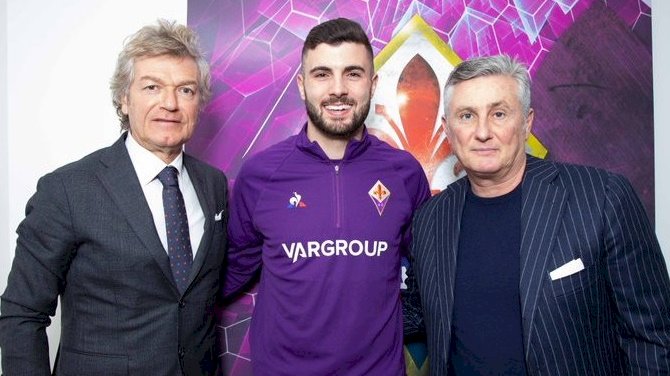 The 22-year-old only joined Nuno Esperito Santo’s men from AC Milan for £16m last summer on a four-year deal but struggled to make an impact at Molineux.

Only nine of Cutrone’s 24 appearances in all competitions for Wolves were starts, and he managed to find the back of the net three times.

'Everyone at Wolves would like to wish Patrick the best of luck at Fiorentina,' said a statement on the official club website.

Esperito Santo expressed disappointment about Cutrone’s short-lived stint in England but wished the Italian the best of luck.

"It is disappointing for us, with the whole situation,” he told a news conference ahead of Saturday’s home clash with Newcastle.

"When you bring a player and things don't immediately work out, you have to think what happened, why and how it could be different, all of these things.

"Now is the moment for us to analyse, but more importantly that we wish Patrick all the best. Hopefully he can play some game time, which is important for his development.”

Cutrone moves to a Fiorentina side who are struggling in Serie with no win in their last eight league games.

Fiorentina are 15th on the league log, four points above the relegation zone, and recently sacked manager Vincenzo Montella, replacing him with Giuseppe Iachini.

Cutrone could make his debut for Fiorentina when they meet SPAL in the Serie A on Sunday.

Barzagli To Retire At The End Of The Season