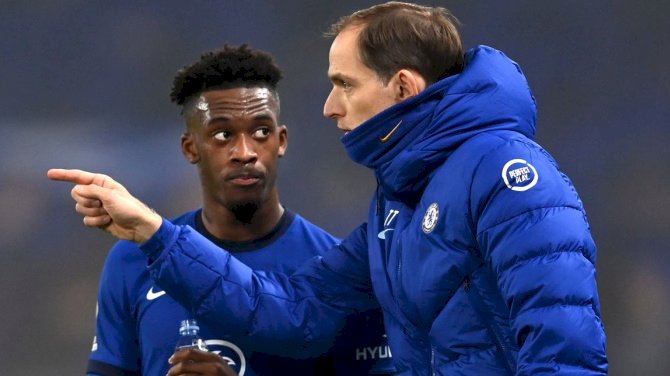 Ralph Hasenhuttl’s side put a halt on Chelsea’s four-game winning streak by claiming a point at the Saint Mary’s stadium after Takumi Minamino’s first half opener was cancelled out by Mason Mount’s penalty in the second period.

Hudson-Odoi was introduced by Tuchel for Tammy Abraham after the break but the England international was hauled off with 14 minutes remaining as Hakim Ziyech took his place.

"I am not concerned about Tammy Abraham, it was not about the injury, it was hard for him to show his quality," Tuchel told BT Sport after the game.

"He could not put his stamp in this game so we changed the formation. We brought in Callum Hudson-Odoi but I was not happy with his attitude, energy and counter-pressing.

"I took him off and we demand 100%, I feel he is not in the right shape to help us. It was a hard decision but tomorrow it is forgotten and he has all possibilities to start against Atletico Madrid."

The former Borussia Dortmund and Paris Saint Germain manager added: "It was hard to create chance and we needed counter-pressing to force errors for the second ball and get an easy chance.

"We had to be sharp with counter-pressing and I didn't feel this from Callum today. I did not feel it, but I trust him."

Ronaldo Insists He Will Not Comment About The Ballon d