Zlatan Ibrahimovic says he will excuse himself from penalty-taking duties for AC Milan for the time being after missing from the spot for the third time this season in Sunday’s 2-2 draw with Hellas Verona. 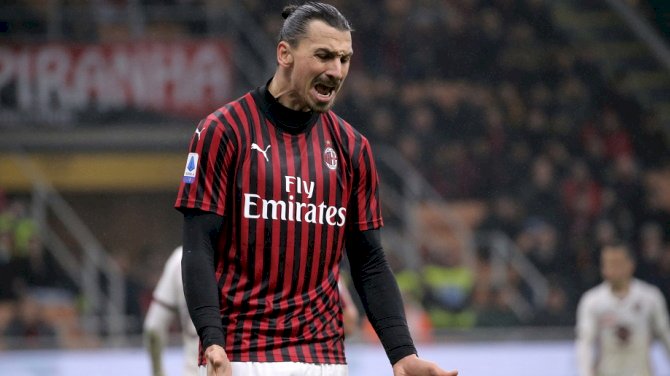 AC Milan recovered from two goals down in the first half to nick a point thanks to an own goal from Giangiacomo Magnani and Ibrahimovic’s 93rd minute header.

The 39-year-old former Sweden international could however have pulled parity for Milan much earlier in the 65th minute when the Rosonerri were awarded a penalty but Ibrahimovic rattled the crossbar with his effort.

This was the third time the former Manchester United and Paris Saint Germain forward has fluffed his lines from the spot this season, having also failed to find the net from six yards out against Inter Milan and Sparta Prague in the Europa League.

Milan moved two points clear at the top of the table with the point but Ibrahimovic was not content as he wanted all three.

"I am angry, obviously, because a draw today is not good enough," Ibrahimovic told Sky Italia, as Milan moved two points clear of second-placed Sassuolo at the Serie A summit.

"We had so many chances. I missed a penalty and I think I'm leaving the next one to [Franck] Kessie! That would be better.

"We go forward and the important thing is not to lose our confidence. Considering the way the table is now, we want to win every game.

"There are many games now and, when you get tired, you are not always at 100 per cent. Fortunately, the international break is here, because I need rest.

"I didn't have the sharpness and usual determination I have in front of goal. I just felt like I wasn't all there."

Ibrahimovic is the Serie A’s top scorer this season with eight goals from five games.

'We Want To Be In Europe' - Calvert-Lewin Claims After...

Klopp Confirms Lallana Will Not Play For Liverpool Again