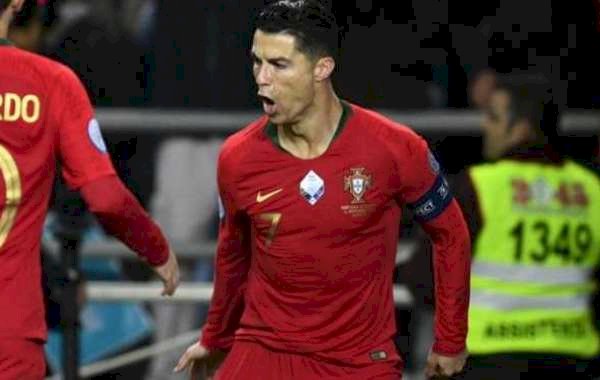 The Juventus superstar has been criticized for his recent performances and has been subbed in the last two games by Juventus head coach Maurizio Sarri.

The 34-year-old replied his critics by scoring three goals in 65 minutes at the Estadio Algarve as the Selecao cruised to a comfortable victory.

After the match, Rui waxed lyrical about the spectacular display from his team-mate, and pointed out why Ronaldo is the best footballer on earth.

"He is the best in the world, never tired of winning, wanting more, and it is this hunger that makes him what he is," the 28-year-old said, via A Bola.

"We are happy to have him on the team and I hope he will continue to give us joy as he has done so far."

Portugal are still yet to qualify for the EURO 2020 and a win against Luxembourg on Sunday can secure a place for them in next year’s showpiece.

"Mathematically, we know it is not [guaranteed] yet," Rui added.

"We will face a tough team, Luxembourg, we still had that confirmation with the result in Serbia (who won 3-2).

"We know it will be a very difficult game, but our goal is to be at Euro 2020 and we will try to bring all three points to Portugal."

Meanwhile, Portugal manager Fernando Santos said he expected nothing less from Ronaldo, because he is a proven scorer.

“It [his performance] didn’t surprise me,” Santos said after the game.

“In fact, I am never surprised by Cristiano, I assure you. So, scoring a hat-trick was perfectly normal.”

Ronaldo has now scored 98 goals for Portugal and has 55 career hat-tricks after his treble against Lithuania.

Lukaku Back At Inter Milan One-year Loan From Chelsea

Smalling Plays Down Past Disputes With Mourinho After Roma...