Eric Bailly’s injury curse has struck again after Manchester United manager Ole Gunnar Solskjaer confirmed that the defender could miss up to five months of action with a knee injury. 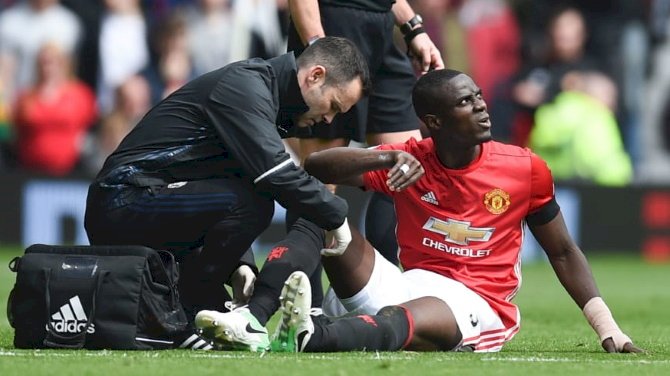 Bailly suffered the injury in Manchester United’s 2-1 win over Tottenham Hotspurs last week and could now miss the rest of the year as a result.

The Ivory Coast international suffered a similar injury that ruled him out of action towards the end of the 2018/2019 season, and he subsequently missed his country’s Africa Cup of Nations campaign.

Speaking after Manchester United’s 1-0 win over Norwegian side Kristiansund on Tuesday, Solskjaer confirmed Bailly’s unavailability for the foreseeable future.

"Eric has had an operation and will be out for four to five months," Solskjaer said. "Hopefully we'll have him back around Christmas time.

"It was positive news from the surgeon, he had the operation this morning. He was positive it was all repaired and that he'll be fine."

Bailly was Jose Mourinho’s first signing as Manchester United manager in the summer of 2016 for a transfer fee of £30m from Spanish La Liga side Villarreal.

The 25-year-old made 18 appearances in all competitions for Manchester United last season, and was part the side that won the Europa League in 2017.

It remains to be seen whether Bailly’s absence will make Manchester United speed up the process of pricing Harry Maguire from Leicester City as a £90m price tag has been placed on the defender’s head.

Griezmann: A Frenchman must win the Ballon d'Or