A group of angry South Korean football fans are demanding compensation after Cristiano Ronaldo failed to play in a friendly game at the Seoul World Cup stadium last week. 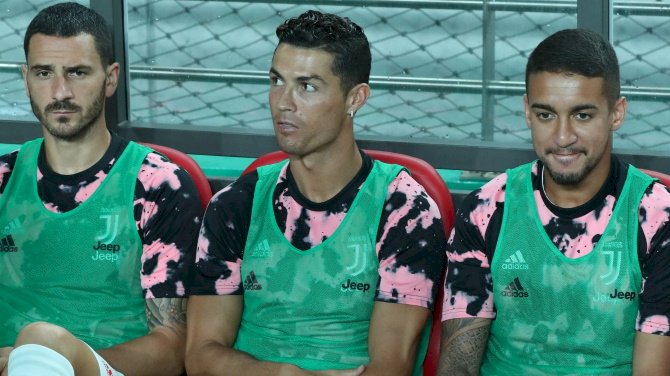 Ronaldo on the bench

The game between Italian champions Juventus and South Korea’s K-League All-Stars ended in a 3-3 draw but Ronaldo remained on the bench throughout.

South Korean agency, The Fasta, which organized the game had advertised that the five-time Ballon d’or winner would play at least 45 minutes of the game, leading to a sell-out crowd of 65,000 at the Seoul World Cup stadium.

Tickets priced at €25 and €338 went out of stock just two-and-a-half hours after going on sale on July 3 after fans heard of Ronaldo’s impending participation.

The Portuguese however did not play a single minute of the game, and fans have showed their displeasure by filing a lawsuit against the company which arranged the game, demanding for a refund of their money.

"Many purchased tickets to see Ronaldo. The Fasta publicised that the company had a deal with Juventus, which stipulated Ronaldo would play for at least 45 minutes and that Ronaldo would hold a fan signing event," lawyer for the plaintiffs, Kim Min-ki said.

"Normally in such cases, the plaintiffs will be refunded the price of the tickets, but I put this under a special case since the company -- through false advertising -- took advantage of the football star's fans," Kim added.

"For now, we have two plaintiffs who sued the company, but I have been getting a lot of calls today and I assume there will be some 60,000 more.

"As for the mental anguish part, I'd like to say some of them are raucous fans -- the real avid fans. So for them it is very painful because they love Ronaldo and want to protect him, but they can't, given the situation."

CEO for The Fasta, Robin Chang, said she only found out Ronaldo would not play when the second half began.

"When I went to argue with [Pavel] Nedved, the vice president of Juventus, all he said was: 'I also wish Ronaldo ran, but he doesn't want to. Sorry, there's nothing I can do.' I was so frustrated."

Loftus-Cheek Set To Miss Europa League Final Due To Injury