Manchester City manager Pep Guardiola is adamant his side made a big statement by beating Paris Saint Germain 2-1 in the UEFA Champions League on Wednesday at the Etihad Stadium. 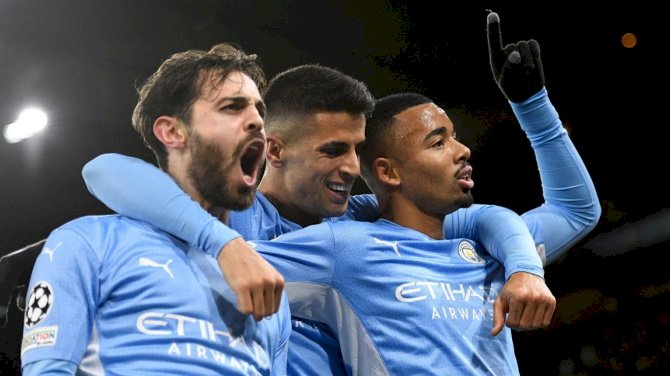 The Premier League champions, who lost 2-0 in the reverse fixture, came from behind to defeat Mauricio Pochettino’s men and advance to the knockout rounds as group winners.

Kylian Mbappe had given the visitors the lead in the second half but Raheem Sterling pulled parity for last season’s beaten finalists and Gabriel Jesus struck the winner to take all the three points for Guardiola’s men.

Manchester City are still aiming to lift the Champions League for the first time in their history, having lost to Chelsea last time out and Guardiola believes this win will send a statement to their rivals.

Asked if City's victory over such a star-studded PSG side sent out a statement, Guardiola said: “Of course.

“PSG – what a team, what players, what can I say? We tried to keep these players far away from our goal. When they are close to your goal they can do anything.

“Except for five minutes after we conceded, when they [went for the] knockout on the counter-attack but couldn’t finish, we made a really top performance.

“We are happy to be in the next stage. Congratulations to everyone in the club. It’s many years of being there.

“Now we will focus on the Premier League and try to arrive in February in the best condition possible to go to the quarter-finals.”

Gerrard Flattered By Klopp’s 'Next Of Kin' Comments