Eddie Howe has recovered from coronavirus and will take charge of Newcastle United for the first time from the dugout against Arsenal on Saturday. 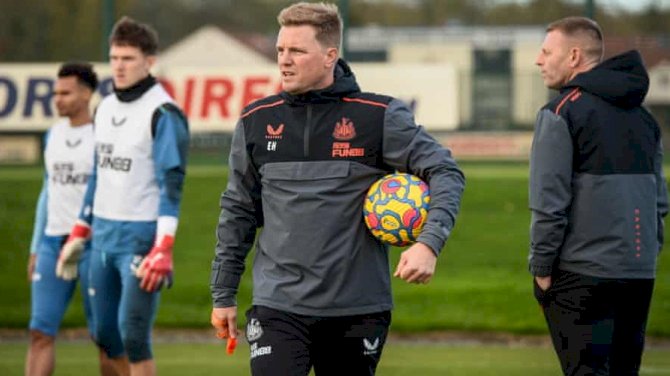 The 43-year-old was supposed to take charge of the Magpies for the first time against Brentford in the Premier League last Saturday but instead headed into a period of self-isolation following a positive test.

Howe was appointed Newcastle manager on November 8 to replace Steve Bruce, who was sacked after Saudi-Arabia’s Public Investment Fund consortium completed a £305m takeover of the club last month.

Newcastle said in a short statement on Twitter: "#NUFC can confirm that Eddie Howe will be in the dugout for tomorrow's game at the Emirates Stadium after returning a negative Covid test this morning."

Standing in for Howe at his pre-match press conference, assistant Tindall said: "From my own personal experiences when I had Covid a couple of months ago, I had no symptoms to start with and it was only after about eight or nine days where it hit me really hard and I began to struggle.

"But from how Eddie was, I'd say Sunday, Monday, Tuesday, in comparison to how he's now feeling and the tone of his voice the latter part of this week, there's been a big difference."

"Thankfully, we're okay, there have been no more positive cases. When one person gets it, you do worry a little bit, but thankfully we've tested every single day this week as a group of players and staff and everybody has come through fine."

Newcastle are bottom on the Premier League table with six points and are still searching for their first win of the season.

Gerrard And Beckham Voted As Final Inductees Into 2021...