Brighton and Hove Albion head coach Graham Potter has lauded his men following a 1-1 draw against Watford in the Premier League at the Amex Stadium on Saturday. 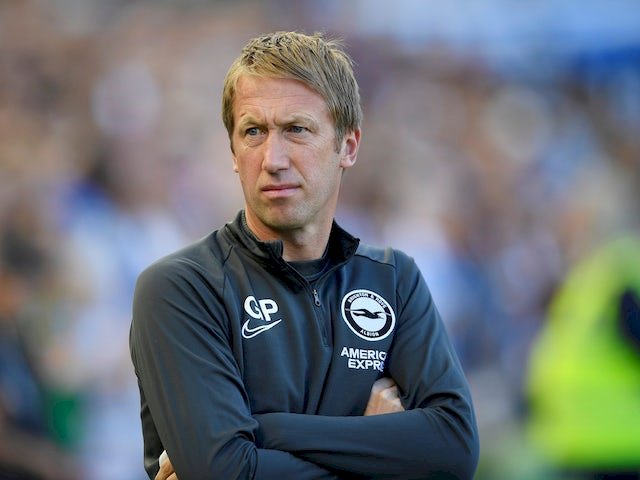 Neither side created much in the opening minutes, but Watford struck first with a fine solo goal from Abdoulaye Doucoure on the 19th minute mark.

The hosts got their equalizer late in the second half when Etienne Capoue hammered Alireza Jahanbakhsh's cross into his own net.

The Seagulls are without a win in 2020, and are now three points outside the relegation places.

Speaking after the game, Potter says his team dug deep to secure a point against the Hornets in front of a nervy crowd.

"We gave a lot in the game, it was difficult to go behind when we had started quite well and were in the ascendancy,” the English coach told BBC MOTD.

"The crowd got a little nervous and the atmosphere is difficult. I'm proud of the players because we took responsibility of the game.”

“The character they showed, they accepted the challenge because you could go under at that point - it's not easy to be the one that has to find the answers.”

He added: "Aaron Mooy had a good chance before we scored, it's an own goal but it's a good attack.

"We were down on the scoreline, the lads desperately want to get points, get the win, and we showed maturity. It's not easy in the Premier League when you are down. I am really proud of the players.”

"Every point is what it is and we have to take it. We will look to move forward, take a break now and move forward for Sheffield United."

Marcelo Hits Out At