Bayern Munich winger Serge Gnabry has tested positive for Coronavirus and will head into a period of self-quarantine. 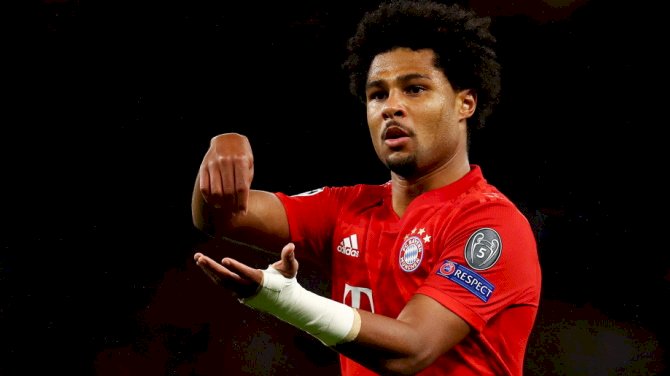 The 25-year-old German international will therefore not be available when the European champions open their 2020/2021 UEFA Champions League group stage campaign against Atletico Madrid at the Allianz Arena on Wednesday.

Gnabry will also miss this weekend’s Bundesliga encounter with Eintracht Frankfurt as well as Bayern’s second game in the Champions League against Locomotiv Moscow next week. He could however return for the clash against Red Bull Salzburg on matchday 3.

Gnabry started this campaign in electrifying form, scoring a hattrick in the 8-0 mauling of Schalke 04 on the opening day of the Bundesliga season.

"Serge Gnabry, 25, has tested positive for Covid-19," Bayern confirmed in a statement published on the club's official website.

"The FC Bayern attacker is otherwise in good health and is self-isolating at home."

The former Arsenal forward was instrumental in Bayern Munich’s treble-winning campaign last term as he made 46 appearances in all competitions and scored 23 goals.

He was the third highest scorer in the Champions League with nine goals, behind only Erling Haaland and Robert Lewandowski.

Robinho’s Santos Contract Suspended Less Than A Week After...