Chelsea have included retired goalkeeper Petr Cech in their 25-man Premier League squad for the 2020/2021 season. 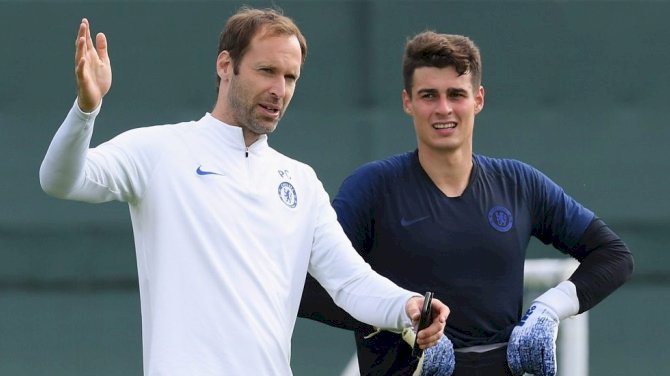 Cech called time on his playing career after playing in the 2019 Europa League final for Arsenal, who incidentally lost 4-1 to Chelsea.

The 38-year-old former Czech Republic international has since taken over as Chelsea’s technical and performance adviser.

"Petr Cech has been included in the squad as emergency goalkeeper cover," a statement on Chelsea's website read.

"This is a precautionary step due to the unprecedented conditions currently caused by the Covid-19 crisis. He takes up a position as a non-contract player."

Cech is the fourth goalkeeper in the Chelsea squad after Kepa Arrizabalaga, Edouard Mendy and Willy Caballero.

"It's definitely not done for the romance. Pete enjoys the training, that's how he is," said Blues manager Frank Lampard.

"With Pete, it's something I wouldn't expect to happen, but with how fit he is if we were in crisis we couldn't have anyone better than Petr Cech around.

"I don't expect him to play, but nobody expected what's happened in the last six or seven months, so that would explain why he's in there.

"We had a space this year, and Covid makes this a year like no other. He's very fit, he's still relatively young, and he finished playing when he possibly could have carried on.

"It's a total no-brainer to have him in the squad."

Cech holds the record for the goalkeeper with the most Premier League clean sheets (202).

Rooney Rates Van Gaal As His Best Ever Manager

Guardiola Insists Bayern Munich Are The Best In Europe