Manchester City manager Pep Guardiola is alarmed by the prospect of more Premier League players contracting coronavirus if they travel around the world to feature for their respective national teams next month. 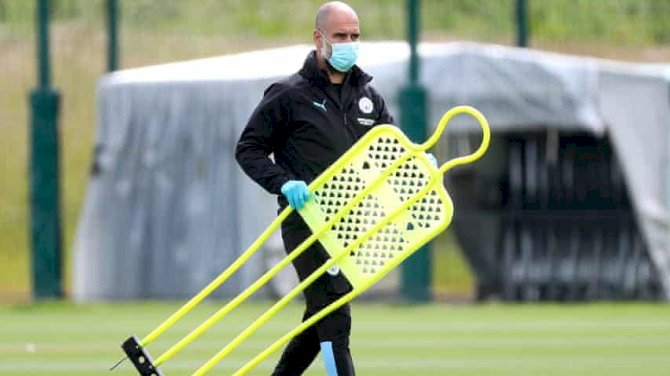 International football resumes towards the end of March following a four-month break, with FIFA World Cup qualifiers set to take place across the globe.

FIFA have made it clear to clubs that there are not compelled to release Portuguese and South American players to their countries during the two-week break.

With the Premier League’s coronavirus numbers falling in recent weeks, Guardiola is concerned a rise in cases is inevitable should players be allowed to travel.

Manchester City have had their fair share of covid-19 infections this season as the likes Sergio Aguero, Aymeric Laporte, Riyad Mahrez, Gabriel Jesus, Ilkay Gundogan and Kyle Walker have had to self-isolate after testing positive.

“The only way to be protected from this virus is to stay at home, and don’t move and social distance with no contact and don’t travel,” Guardiola said ahead of Wednesday’s clash with Everton.

“Now the people are going to travel, the players are going to the national teams and it’s difficult after to control it, so I think something is going to rise unfortunately.

“I would love to say or to guess it’s not going to happen but from experience it happened in two or three waves already worldwide, so if you move you take a risk to be contaminated, to get the virus again.

“I think the Premier League should be concerned about this, all the leagues [should be] concerned.”

City are seven points clear at the top of the table and could extend their lead over nearest challengers Manchester United to ten with victory over the Toffees.

Alaba To Leave Bayern Munich At End Of Season

Ronaldo Admits He Could Retire Next Year