James Tarkowski says he rejected Burnley’s offer of a new contract because the terms presented to him were not significant. 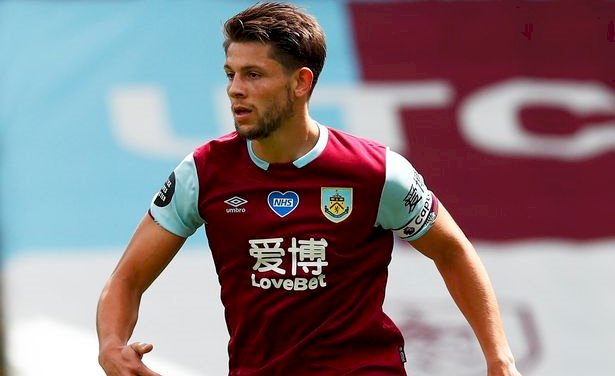 Tarkowski has entered the final 18 months of his contract at Turf Moor and will have just one year left on his deal come the end of the season.

The 27-year-old had a number of offers rejected by Burnley this summer from West Ham United and Leicester City.

Tarkowski joined Burnley from Brentford in the winter of 2016 and has been instrumental in helping the Clarets become an established Premier League side.

Despite Burnley offering the two-time England international fresh terms, Tarkowski believes his long-term future could lie away from the club as the offer presented was insignificant.

“Burnley offered me a contract near the start of last season, which, for me personally, it was nowhere near what I was going to sign and I think the club understood. And they’ve come back again this year, and still, for me, it’s just not right,” he told the Daily Telegraph.

“Finances do matter, but, at this particular stage, whatever path I take I will get financially rewarded so the financial side is not even in my thinking at the moment. It’s more about my football.”

He added: “We’ve had two transfer windows now where the club have decided, for whatever reason, that whatever has been offered on the table hasn’t been enough and that’s fine because I signed a contract for four-and-a-half years. So I won’t whinge or not turn up, I just need to deal with it and get on with my football.

“But the longer my contract runs down, I feel I gain the control of my career more than Burnley having the control of it, which is what I feel like I need right now.

“There is nothing I have heard or has been put to me that makes me think there is a scenario in which I would sign a new contract at Burnley. That can change, but currently that is the situation.”

Tarkowski has featured five times for winless Burnley in the league this season.

Behind Closed Door Games ‘Sadder Than Dancing With Your...