Liverpool have announced that defender Joe Gomez has successfully undergone knee surgery and will miss a significant portion of the remainder of the 2020/2021 season. 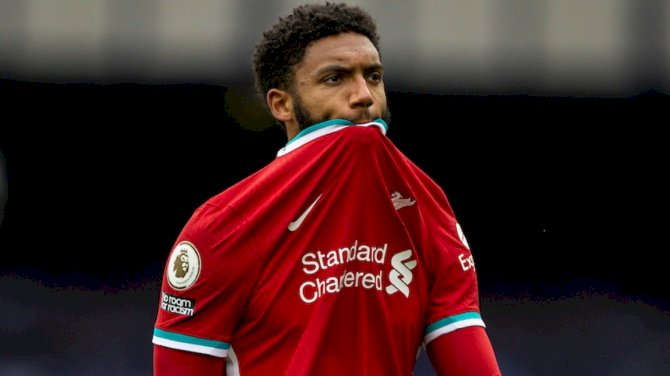 Gomez sustained the injury on Wednesday while on international duty with the England national team.

The 23-year-old pulled out of the squad for the Three Lions’ upcoming games against Republic of Ireland, Belgium and Iceland as a result and returned to his club side.

Gomez’s injury will represent a significant defensive headache for Liverpool manager Jurgen Klopp, who is already without Virgil Van Dijk for the long-term, Fabinho and Trent Alexander Arnold. Joel Matip is the only remaining senior centre-back for Klopp at the moment.

"Liverpool Football Club can confirm Joe Gomez has today undergone successful surgery to repair a tendon in his left knee," the club said in a statement.

"The centre-back sustained the injury during a training session with the England national team on Wednesday.

"The issue was isolated to Gomez’s tendon, with no damage to any other associated knee ligaments.

"The operation to correct the damage, which took place in London on Thursday morning, was a success and the 23-year-old will make a full recovery.

"Gomez will begin a rehabilitation programme with the Reds' medical team immediately, with club staff carefully monitoring his progress.

"No timescale is being placed upon his return, though the issue is likely to rule him out for a significant part of the remainder of 2020-21."

Gomez has made ten appearances this season in all competitions for defending champions Liverpool, who are third on the Premier League table.