Rangers manager Steven Gerrard has been named as the Scottish Premiership Manager of the Month for December. 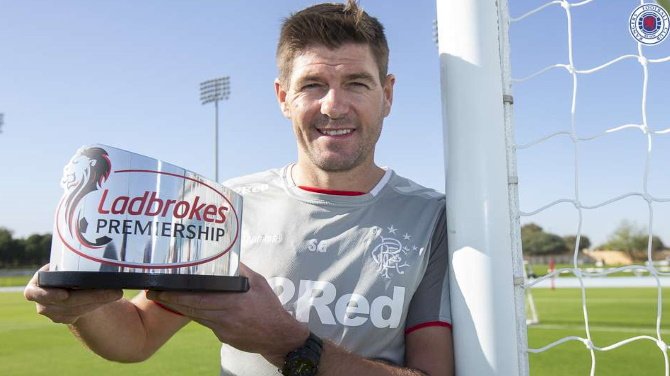 The 39-year-old guided The Gers to five wins out of six league outings for the final month of 2019.

Rangers started the month with a 5-0 demolition of Hearts before drawing with Aberdeen, but roared back with victories over Motherwell, Hibernian and Kilmarnock.

Rangers however reserved their best performance of the month for the Old Firm Derby when a 2-1 win over Celtic on December 29 secured a first away victory over the Scottish champions for nine years.

This is the second time Gerrard has won the award this season, with his first coming in September, and the third time overall since his appointment as Rangers manager in the summer of 2018.

The former Liverpool captain will be hoping to steer Rangers to a first top flight title since 2011 as Celtic have monopolized the league by being crowned champions for the last eight seasons.

Rangers trail Celtic by two points with the champions leading the way on 52 points, but Gerrard’s men have a game in hand and can leapfrog them with a win over St. Mirren after the winter break.

Gerrard has been given his award in Dubai, where Rangers are having a warm-weather training camp.

Rangers will play a friendly game with Uzbekistan side Locomotiv Tashkent on Saturday before hosting Stranraer FC in the Scottish Cup next Friday.