Liverpool could be without another key man when the Premier League resumes next weekend after news emerged that Mohamed Salah has tested positive for coronavirus while on international duty with Egypt. 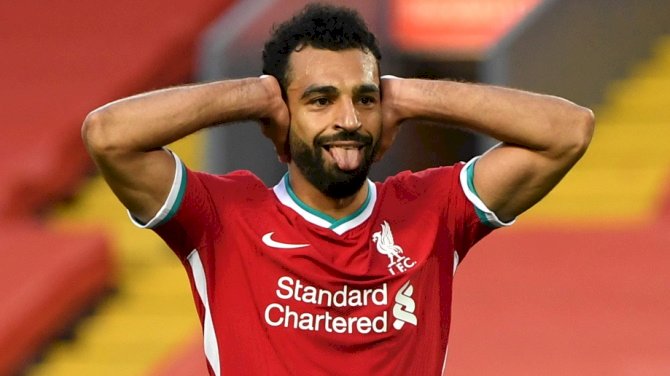 Salah was in line to play back-to-back games against Togo in the African Cup of Nations qualifiers starting this weekend but has returned a positive test.

A short statement released by the Egyptian Football Association read: 'The medical swab conducted on the mission of our first national football team showed that our international player, Mohamed Salah, the star of Liverpool, was infected with coronavirus, after his test came positive, although he does not suffer from any symptoms.

'Meanwhile the other members of the team were negative.'

Salah is the fifth Liverpool player to test positive for Covid-19 this season. Thiago Alcantara, Xherdan Shaqiri, Kostas Tsimikas and Sadio Mane have all tested positive but have made full recoveries after periods of self-isolation.

Liverpool are already battling injuries to key players at this embryonic stage of the campaign. Jurgen Klopp’s men have lost Virgil Van Dijk and Joe Gomez to long-term injuries while Fabinho, Trent Alexander-Arnold and Alex Oxlade Chamberlain are currently spending time in the treatment room.

Salah has made an electrifying start to the season and is the Premier League’s joint top scorer with eight goals in eight games. He has also scored twice in three UEFA Champions League games.

Liverpool will return to action with a home game against leaders Leicester City on November 22 before taking on Atalanta in Europe three days later.