Liverpool defender Joe Gomez has vowed to return stronger after he was sidelined for the long-term with a knee injury. 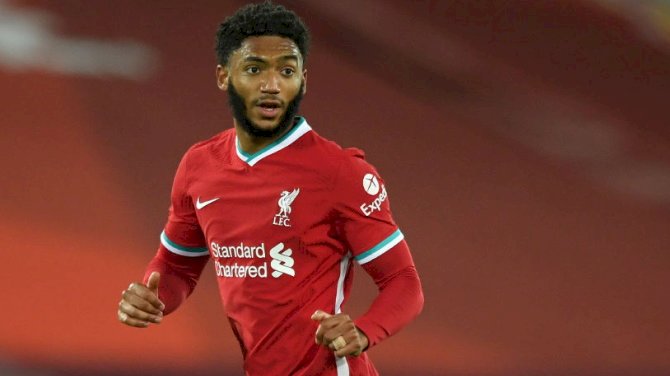 Gomez sustained the injury on Wednesday while on international duty with the England national team.

The former Charlton Athletic defender pulled out of the squad for the Three Lions’ games against Republic of Ireland, Belgium and Iceland as a result and returned to his club side.

The 23-year-old has successfully undergone knee surgery and will miss a significant portion of the remainder of the 2020/2021 season.

“The road to recovery has already begun,” he wrote on Twitter.

“I’ve been here before, I know what it takes and I’ll be back better and stronger than ever.

“I’m obviously gutted, but this is part of God’s plan and I believe everything happens for a reason.

“I’d like to thank everyone for their well wishes and messages of support. I’m focused on my recovery and supporting my team mates in every way I can. See you soon.”

Gomez’s injury will represent a significant defensive headache for Liverpool manager Jurgen Klopp, who is already without Virgil Van Dijk for the long-term, Fabinho and Trent Alexander Arnold. Joel Matip is the only remaining senior centre-back for Klopp at the moment.

Gomez has made ten appearances this season in all competitions for defending champions Liverpool, who are third on the Premier League table.