Rivaldo Sides With Messi In Row With Abidal

Former Barcelona striker Rivaldo has thrown his support behind Lionel Messi in the Argentine’s recent row with the Blaugrana’s sporting director, Eric Abidal. 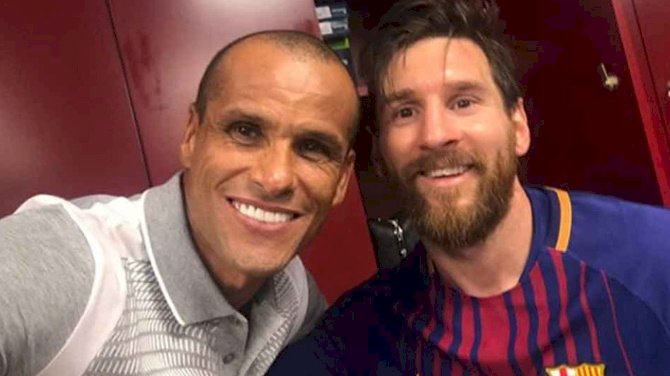 Abidal, earlier this week, questioned the commitment levels of the Barcelona players under previous manager Ernesto Valverde, who was sacked and replaced with Quique Setien in January.

Those comments did not go down well with Messi, who responded on social media, asking Abidal to reveal the identities of those responsible for Valverde’s downfall.

The exit of Valverde has done little to quell the problems at the Spanish champions as Barcelona have fallen three points behind Real Madrid in the La Liga title race and were knocked out of the Copa del Rey by Athletic Bilbao on Thursday.

Rivaldo, who won two La Liga titles with Barcelona, believes Abidal got it wrong by bringing out his resentments in public.

"Leo Messi's reaction last Wednesday in which, through his social pages, he criticised Eric Abidal, seems normal to me," Rivaldo said via Betfair.

"Messi has every right in the world to be angry with Abidal over the way in which he complained about the professionalism of some players in training, especially when he did not mention any specific name.

"That called the whole squad into question. It's hard to talk about this situation from the outside, but Messi just tried to defend the group and himself, maintain his reputation and - at the same time - find out which players Abidal was referring to.

"The latter was naive in saying something like that in an interview that, of course, would have a big impact in the media, forcing Messi to react.

"These types of problems should be solved internally. Abidal didn't do it on purpose but, ultimately, he has hurt the club.

"It's now clear that Ernesto Valverde was not the biggest problem for the club. The biggest loser in all of this is Barca.

"Abidal and Messi should have a conversation, as good people. Abidal is in a difficult situation, especially because the player who reacted to his comments is not just anybody: he's the captain of Barca and a superstar. He's Leo Messi.

"Simply getting back on the road to victories will calm all this."