Luka Modric has challenged Real Madrid to show Manchester City they are the best team in the world when the two sides meet in the UEFA Champions League semi-finals again on Wednesday. 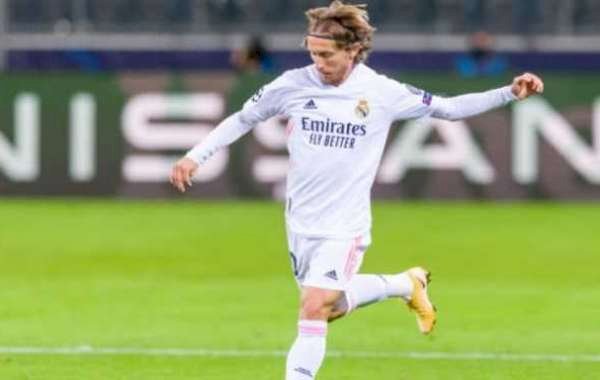 Going into the second leg, the record European champions trail the Premier League leaders 4-3 after an enthralling game at the Etihad Stadium last week.

On that occasion, Manchester City were clearly the better side but Real Madrid would not just give up, always finding a way to keep themselves in the game.

Whoever comes out on top at the Santiago Bernabeu will earn the right to play Liverpool in the final in Paris on May 28.

Modric has been one of Real Madrid's go-to men in times of need this season, with his passing abilities dragging them through games at times.

"The atmosphere in the locker room is very good. We are really looking forward to it. We know what we have to do, it is the most important game of the season," said Modric, who celebrated winning a third LaLiga title of his career on Saturday when Madrid beat Espanyol to clinch their 35th domestic crown.

"We are very confident that we will come back. We know that in the first leg we did not play our best game, but we still scored three goals. We have to do better, and I am sure of it."

"What do we have? Quality, a lot of character. The history of this club also plays a part. The club, which is the one with the most titles in the Champions League [13].

"All this influences a lot. We never give up. The club has taught us this since we got here. We have to show that we are Real Madrid, the best team in the world."