Mane Wins Africa Footballer Of The Year For A Second Time

New Bayern Munich forward Sadio Mane has been voted Africa Footballer of the year for 2022. 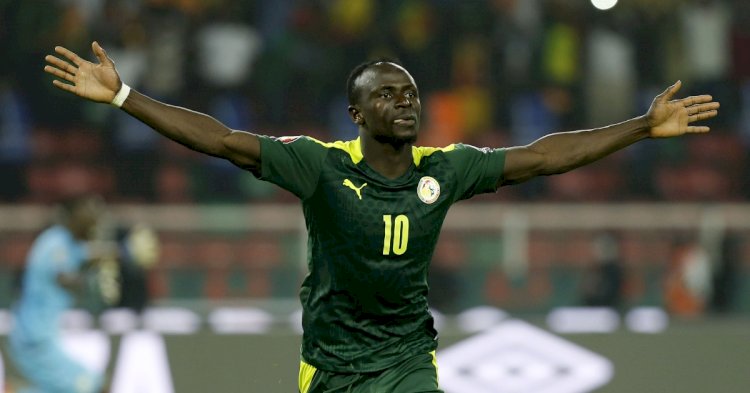 This is the second time Mane has been crowned Africa's best footballer, with his previous triumph coming in 2019 before the awards went on a three-year break because of the impact of the Coronavirus pandemic.

Mane was the clear favourite for the award after helping Senegal win their first ever Africa Cup of Nations trophy in February.

The 30-year-old scored the winning penalty as the Teranga Lions defeated Egypt in the final in Cameroon before eliminating the Pharoas again in the final round of qualifiers for the 2022 FIFA World Cup in Qatar the following month.

Mane also helped Liverpool win the Carabao Cup and FA Cup this year although the Reds missed out on Champions League glory to Real Madrid.

"I am very, very happy to receive the trophy this year," Mane, 30, said as he collected his prize.

"I thank the Senegalese people - and dedicate this trophy to the youth of my country."

Mane joined Bayern Munich from Liverpool last month and his new club have already been reacting to their new signing's victory.

"Congratulations to Sadio Mane on once again being named Africa's Player of the Year," said Bayern president Herbert Hainer.

"He's an absolutely exceptional player and above all a great person, who's a wonderful ambassador for his homeland Senegal, for the whole of football, as well as for FC Bayern and the whole Bundesliga."

Bayern CEO Oliver Khan added: "We're delighted about Sadio Mane's award. FC Bayern has never before in its long history had an African Player of the Year in its ranks. This is a special honour for our club. We're very proud that he now plays for this club and we have a lot of big goals with him."