Manchester City have announced the signing of central defender Ruben Dias from Benfica for an initial fee of £62m on a six-year contract. 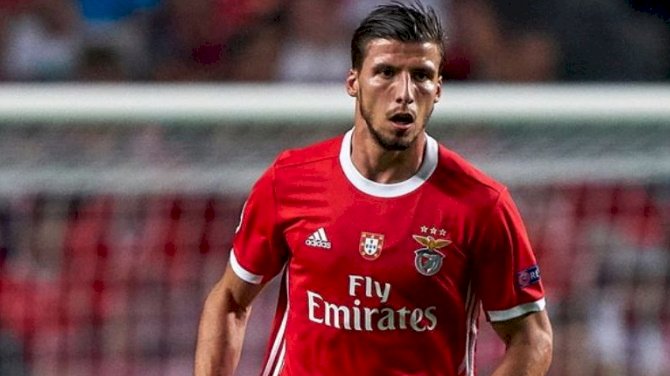 Dias came through the youth ranks at Benfica and went on to make 113 appearances for the first team, winning the Portuguese title in the 2018/2019 season.

The 23-year-old Portugal international captained and scored in Benfica’s 2-0 victory over Moreirense on Saturday and afterwards gave a cryptic message to the media concerning his immediate future.

"To have the opportunity to join a club like Manchester City is a fantastic opportunity for me and one I couldn't turn down," Dias told the club's website.

"Their success speaks for itself. They have been the dominant team in England over the last few years, playing an attacking brand of football which I feel suits my own game.

"It is really exciting to be part of such a talented squad and to play for a world-class manager like Pep Guardiola, who has a proven track record of developing young players like myself.

"I believe I can improve here, at a club whose ambitions match my own and I will give everything to be successful and win titles."

He will be expected to shore up a City defense that conceded five goals against Leicester City last weekend.

City director of football, Txiki Begiristain, added: "Ruben is a player we have admired for some time and we have been impressed with how he has progressed at Benfica.

"He has developed into a real leader and as a defender, he has all the attributes we are looking for. He is strong in the air, good in one v one situations and technically, he is very good, so we are confident he can thrive in our system.

"He is young, but has experience playing for a top European club in Benfica and we're really pleased we've been able to sign him.

"He is another talented addition to the squad and someone who is only going to get better working under Pep."

Dias could make his Manchester City debut against Leeds United at Elland Road this weekend.

Dias has won 19 caps for the Portugal national team and was part of the side that won the inaugural UEFA Nations League last year.