Aston Villa have signed Chelsea midfielder Ross Barkley on loan until the end of the season. 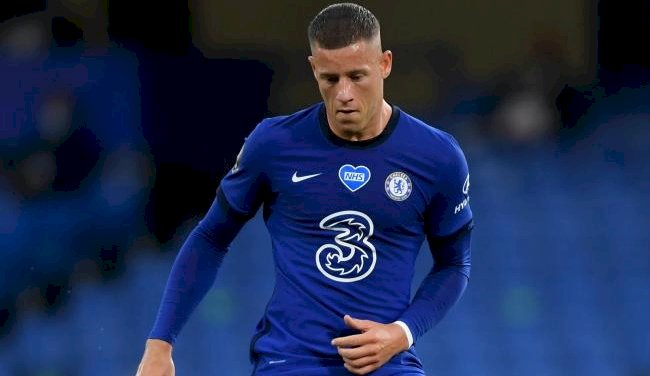 Barkley was an unused substitute when Chelsea were dumped out of the Carabao Cup by Tottenham Hotspurs on penalties on Tuesday.

Barkley joined Chelsea from Everton for £15m in January 2018.

The 26-year-old has made three appearances for Frank Lampard’s men so far this season, scoring once against Barnsley in the Carabao Cup last week.

Last season, the England international made 31 appearances in all competitions and scored five goals.

Barkley’s chances of regular playing time have been hampered by the arrival of the likes of Kai Havertz, Hakim Ziyech and Timo Werner.

An Aston Villa statement read: “Aston Villa is delighted to announce the signing of Ross Barkley on a season-long loan from Chelsea.”

Manager Dean Smith added: “Capturing a player of Ross’s quality is a real coup for our club and I am certain he will thrive here and improve our team.”

Aston Villa, who host Stoke City in the Carabao Cup fourth round on Thursday, have started the Premier League season with two wins from two.

Barkley is cup-tied for Thursday’s fixture but could make his debut for Villa against champions Liverpool on Sunday.

Italian Serie A To Resume On June 13