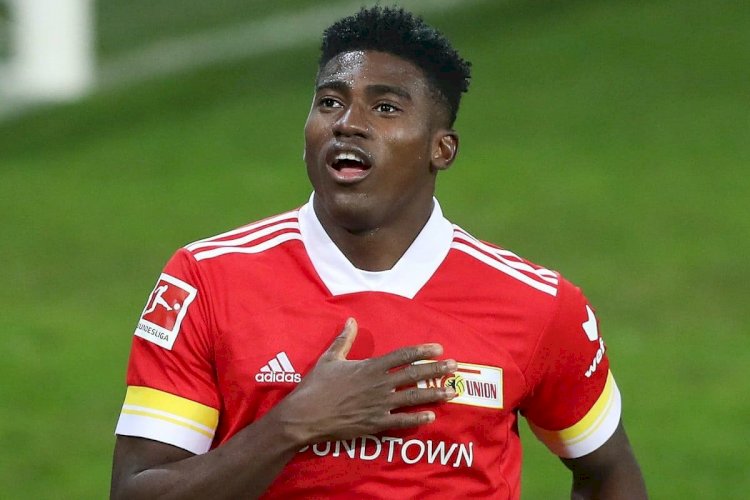 Awoniyi has joined the newly promoted Premier League side for £17.5m, signing a five-year contract.

The 24-year-old started his senior career at Liverpool but never made a competitive appearance for the Merseysiders, spending time on loan at FSV Frankfurt, NEC, Mouscron, Gent, Mainz 05 and Union Berlin.

His move to Berlin was made permanent last summer and he enjoyed his best season to date.

“Nottingham Forest are delighted to confirm the signing of Nigerian international forward Taiwo Awoniyi for a club-record fee,” the club confirmed on their official website page.

“The 24-year-old joins the Reds from Bundesliga club Union Berlin, signing a five-year deal at the City Ground. Awoniyi becomes Forest’s first international signing since last month’s promotion to the Premier League and he joins following an excellent season in Germany, scoring 20 goals in 43 games across all competitions.

“His 15 goals in 31 Bundesliga matches also helped Union Berlin secure a fifth-place finish and qualification for the Uefa Europa League for the first time since 2001-02.”

“I’m very excited to be here at Nottingham Forest,” Awoniyi told the same portal after being unveiled. “It’s always been my dream to play in the Premier League and having spoken to (manager) Steve Cooper about our ambitions and looking at Forest, with its great history, it’s a club that I want to be part of.”

Awoniyi has won four caps for Nigeria, scoring one goal.

Barcelona Include Messi In Squad For Dortmund Tie

Chiesa Out For Seven Months After Undergoing Successful...