Wayne Rooney has stepped down as Derby County manager with immediate effect. 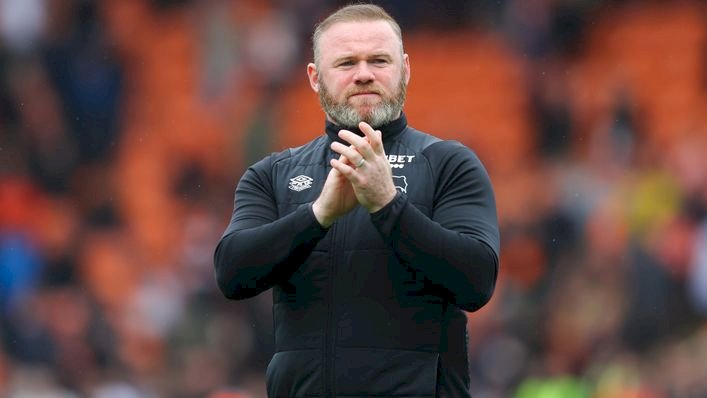 The decision ends a tumultuous 18-month spell in charge of the Rams for the former England captain which ultimately culminated into relegation to the League One at the end of the 2021/2022 season.

After a brief spell as interim boss, Rooney was appointed Derby boss on a full time basis in January 2021 and helped keep the Pride Park club in the Championship.

But Derby entered into administration last summer and the club were deducted 21 points while a transfer embargo was also imposed.

Rooney has released a statement via Derby's official channel that reads: "Over the course of the Summer I have been closely following developments regarding the ownership of Derby County.

“Today I met with the administrators to inform them of my decision that it was time for me to leave the club. In fairness to them, they tried tremendously hard to change my decision but my mind was made up.

“My time at the club has been a rollercoaster of emotions, both highs and lows, but I have to say that I have enjoyed the challenge. Personally, I feel the club now needs to be led by someone with fresh energy and not affected by the events that have happened over the last eighteen months.

"I will remember my time at Derby with great pride and affection and would like to thank all my staff, players and of course the fans for their incredible support. I will never forget you and hope to see you all again in the near future and in happier times.

"Finally, I am aware that the club still have interested parties who wish to take over the running of the club. To them I say this, Derby County is a great club with a great history and great fans. I wish you all the best and much success for the future."

Blues Cruise To 2-0 Victory Over Fulham In West London...