Riyad Mahrez has suggested he is unfazed by increased competition for places in Manchester City’s attacking set up. 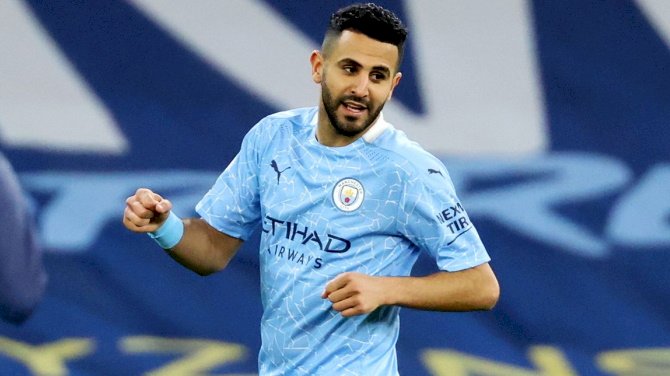 The Premier League champions have augmented their forward line with the £100m capture of Jack Grealish from Aston Villa.

Mahrez is however confident he will keep getting chances to impress if he continues to play well.

The Algeria international enjoyed his best campaign for City last season since joining from Leicester City in the summer of 2018 for £60m, making 48 appearances across all competitions and scoring 14 goals.

“I think I had good numbers last year, but I could’ve had more," Mahrez told City's in-house media's programme notes.

"But my performances were very good, so I was happy. The competition here has helped me a lot to improve my game. The manager as well. He is very demanding, he’s very into little details and he pushes you until the end.

"You have to be strong mentally to go higher and higher. You just have to work hard and play good every game and the manager decides, but if you play very good every game you have more of a chance to play."

Mahrez has won two Premier League titles, three League Cups and one FA Cup in his time with Man City.

Salah Keen To Move On From Ramos Clash Ahead Of Real Madrid...

Alaba: Lewandowski On Par With Messi And Ronaldo