Lucas Digne’s Three-Game Ban Reduced To One After Appeal

Everton defender Lucas Digne has had a three-game ban for his red card against Southampton over the weekend cut to one match upon appeal. 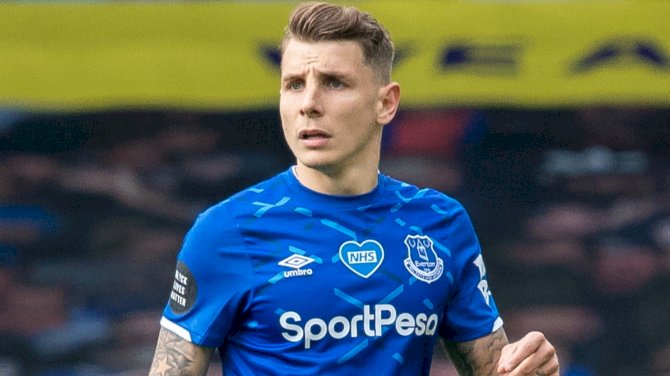 Digne was shown a straight red card by referee Kevin Friend in the 72nd minute for a foul on Kyle Walker-Peters as Everton lost for the first time this season.

An independent regulatory commission deemed Digne’s red card as excessive and have decided to reduce his punishment to just one game.

The 27-year-old France international was set to miss matches against Newcastle United, Manchester United and Fulham, but will now only sit out the game against the Magpies this weekend.

“The defender was sent off for serious foul play during a Premier League fixture against Southampton FC on Sunday 25 October 2020 and would have been suspended for three fixtures.

“However, the independent regulatory commission has withdrawn his original suspension and applied a one-match suspension instead.”

When asked for his views on Digne's red card following Sunday's game, Everton manager Carlo Ancelotti told Sky Sports: "It was a joke - it was not intentional. It was not violent conduct so they could've checked better.

"Maybe all the rumours during the week against (Jordan) Pickford and against Richarlison affected the decision, and if it is like this, it's not right. It's not fair."

Everton are still top of the Premier League despite losing their unbeaten start to the season.

Shaw Reports Back To Manchester United