Liverpool manager Jurgen Klopp has played down his side’s insipid performances in pre-season and expects them to up the tempo when they face Manchester City in the Community Shield at Wembley on Sunday. 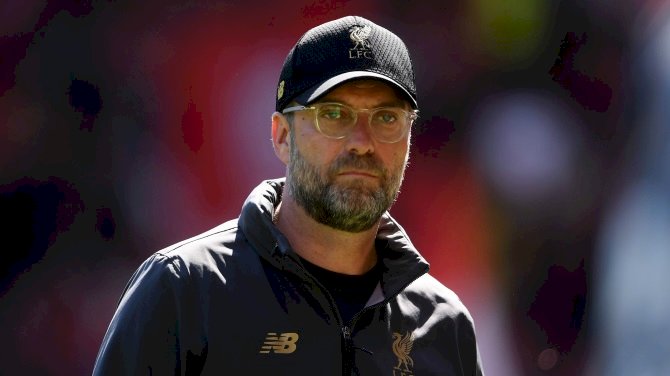 Liverpool’s 3-0 loss to Napoli on Sunday was the fourth game in a row in which they have failed to win.

The European champions have also lost 3-2 to Borussia Dortmund and 2-1 to Sevilla, with the 2-2 draw against Sporting Lisbon last week, the only positive result in that spell.

The Reds are however without their influential striking trio of Mohamed Salah, Sadio Mane and Roberto Firmino, as well as goalkeeper Alisson Becker, as they have all been given extended breaks due to their national team commitments over the summer.

With the exception of Mane, all the others are expected to resume training on Monday as Liverpool face Lyon in their penultimate pre-season friendly on Wednesday before the clash with Manchester City.

Speaking after Sunday’s loss to Napoli, Klopp acknowledged the absence of his key players and he expects an improvement in performances once he has the full complement of the group.

"Missing six players is strange. That you lose players during a pre-season, we are used to – that happened from time to time," Klopp told a news conference.

"But that they don't start from the beginning and come a couple of days before or after we start with the season is not cool. Again, that's how it is and we prepared everybody as good as possible.

"We have to fight the start of the season 100 per cent with all we have. The good thing is, if the opponents want to analyse us now, they think 'easy job', but we will be a different animal next week."

Pericard: Battega Ruined My Juventus Career Because I Texted...