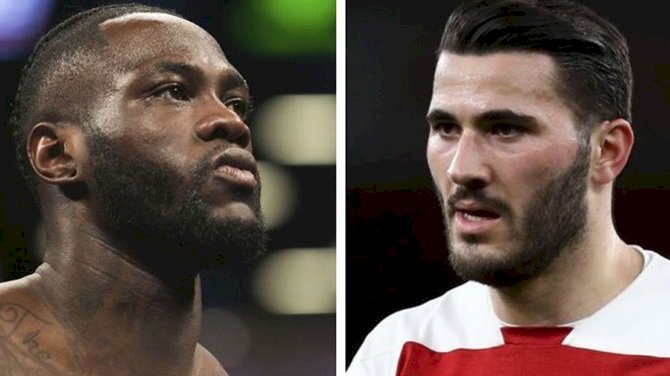 Kolasinac and Arsenal teammate Mesut Ozil were confronted by knife-wielding attackers on their way out in London with the Bosnian international bravely fighting them off with his bare hands.

Both players escaped unhurt and later posted a picture on social media insisting they were fine.

After Wilder came across video footage that emerged from the incident, the American boxer praised Kolasinac’s action and suggested the former Schalke 04 defender, who is nicknamed ‘The Tank’, could have a future in the ring.

“He’s got a nice bounce to him, he’s in and out,” chuckled Wilder as he watched ‘The Tank’ fight off the thugs as they attempted to steal their £30k watches.

“Wait until you see him throw a hook. We don’t know what his technique is like, but his footwork… he’s pretty mobile.

“We’re going to have to work on him and make sure he doesn’t load up before, because he’s very predictable and that makes him very vulnerable.”

“He’s got quick feet, we can work with that,” added the American, laughing.

Kolasinac and Ozil have rejoined their teammates to continue with pre-season as they come up against Olympique Lyon in the Emirates Cup on Sunday.