Jurgen Klopp has opened up on his half-time team talk that inspired Liverpool to the UEFA Champions League final against Villarreal on Tuesday. 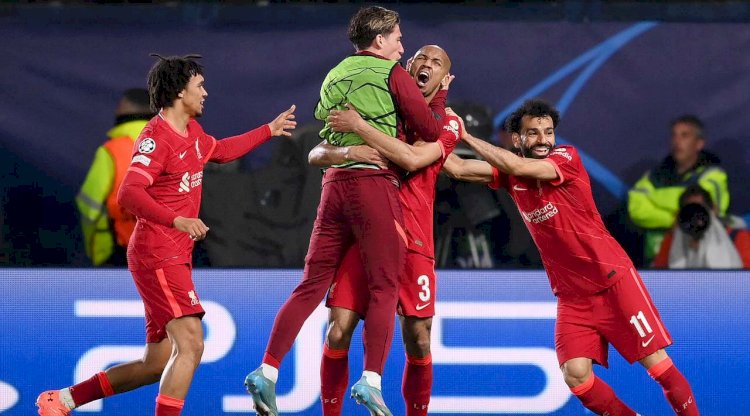 Liverpool took a two-goal lead into the semi-final second leg against their Spanish opponents but that advantage was wiped away before the break.

Boulaye Dia and Francis Coquelin scored early and late in the opening 45 minutes for the hosts at the Estadio de la Ceramica but Liverpool rallied in the second period to score three times and edge the tie 5-2 on aggregate.

Fabinho, substitute Luis Diaz and Sadio Mane all scored for Liverpool, who could not muster a shot on target in the first half.

Asked how he masterminded that change of fortunes, Klopp told BT Sport: "It feels like the first in 20 [years], it's outstanding, because we made it obviously pretty tricky for ourselves.

"We knew before that these kinds of things can happen; it's all about in life all the time how you react when things don't go your way.

"Getting the first goal after two-and-a-half, three minutes, that's obviously not what you wanted, momentum on their side.

"After the first half I told the boys, 'Yes, they have momentum but they don't own it! In one situation we can get it back.'

"The perception was like this, everything looked more like they will score the 3-0 than we will score the 2-1 but we are still here so we could give it a try and that's what we did."

"The problem with the half-time was that we knew what was wrong because it was obvious, but we didn't have the situations to show where we did it right.

"Respect to Villarreal, I have to say; stadium, team, coach, it's unbelievable what they set up, they put us under pressure.

"[It was] man-v-man all over the whole pitch, we didn't play football at all, we didn't get momentum back.

"We have to play in the right spaces, we have to force ourselves in the game to start playing football.

"[When] we broke the lines and we found Naby or Trent in the half-spaces and the front three were more flexible and not fixed in their positions, all of a sudden we were in the game, scored goals and made it happen.

Liverpool have now reached the Champions League final in three of the last five seasons, and will meet either Real Madrid or Manchester City in Paris on May 28 to see who lifts the trophy.